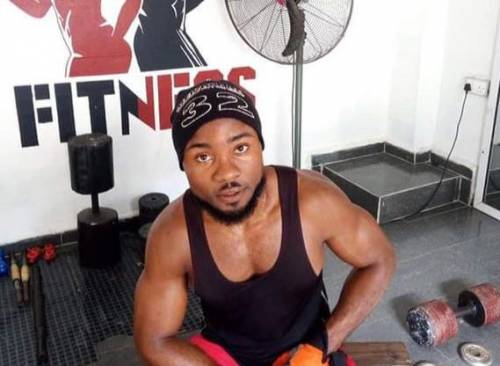 Men of the Akwa Ibom State Police Command have been accused of beating a fresh graduate of the University of Uyo, Kubiet Akpan to death.

SaharaReporters gathered that Akpan, who was said to be the only son of his parents was arrested on Sunday with his friends for armed robbery by men of the Nigeria Police Force, B division Ewet Housing Estate.

He was then taken to the cell where he was allegedly beaten to death.

His friends who heard about his arrest reportedly went to look for him at the station and some others but the police denied he was in their custody.

According to his friends, they eventually realised Akpan had been killed after his aunt called the police commissioner and people in government.

It was also discovered that the police took his body to Headquarters Ikot Akpan Abia mortuary without informing the family.

A family member of the deceased identified as Christiana Sunday posted on Facebook, “A CRY FOR JUSTICE. Kubiat (FB:pdp Icon), a Uniuyo student waiting for NYSC enrollment this coming November was arrested by Nigerian Police (B division Ewet Housing estate) on Sunday at Eni stores by 7 PM, accusing him of arm robbery. They took him to the station without filing the case they said he had committed, not even asking him for his name and address.

“They put him in a police cell and beat him to death, that same night. Oh, what a tragedy. On Monday, friends who heard that he was arrested went to search for him at different police stations (including B division) but they denied his arrest.

“It was after his aunty put a call through to people in govt, and the commissioner of police was questioned, that was when they realised that it was the police squad from B division that arrested Kubiat, beat him, took him to police Headquarters Ikot Akpan Abia mortuary without the notice of any of his relatives, hmmmmm.

“What a world, they wasted his life just like that. Nigerian police have to be questioned. Justice must be served. Oh, Akpan. The only son of his parent. So after they have killed you, they realised that they arrested the wrong person. After the struggles, challenges you went through at Uniuyo and they couldn’t allow you to enjoy a bit of it. It shall never be well with those policemen. Amen

“Police are denying that they didn’t kill him, that Kubiat Isaac Akpan had a health issue, now they want to conduct an AUTOPSY to see if this is true and the doctor is demanding N200,000 to do that. Let the policemen pay for the autopsy, where will the sick parent get 200k and pay? It can never be well to those policemen.”