Policeman Kills Abuja NYSC Member a Day to Passing Out 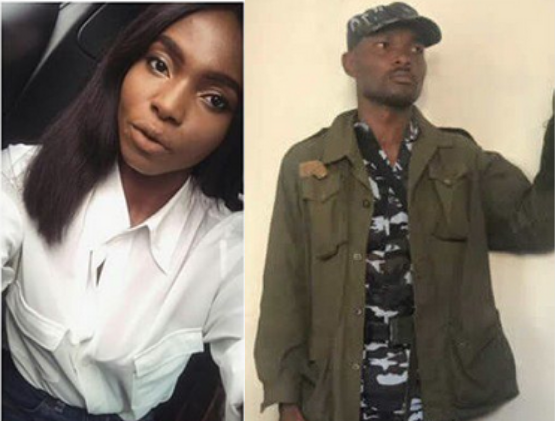 A youth corps member, Linda Angela Igwetu, has allegedly been shot dead by a policeman in Abuja in the early hours of Wednesday.

According to an account of the incident shared by the deceased’s sister, Chineye Igwetu, and corroborated by ‘End SARS champion,’ Segun Awosanya on Twitter, the late Linda was shot around 3 am on Wednesday.

Twenty-three-year-old Linda had finished work late at about 11 pm and joined a few friends at a hangout before their Passing Out Parade scheduled for Thursday (today).

“The group ended the night around 3 am and was shot at shortly after the checkpoint immediately after Ceddi Plaza by a Police officer identified as Benjamin PETERS,” Awosanya tweeted.

“The bullet hit Linda on her side, by the midriff and she began losing blood. The vehicle was an open roof.

“She was rushed to the Garki hospital, where Linda was attended to immediately she was brought in. She was in a pool of her own blood, and had low heart rate.”

Awosanya had initially claimed in one of his tweets that Garki Hospital first refused to treat the injured corp member without Police report; but he later corrected himself, saying that sources present at the hospital revealed that a consultant was called in, who attended to Linda immediately.

“Medications were prescribed, but she has lost so much blood. We are, however, looking to clarify what happened between (the) time lag.”

“The case was later taken to Federal Secretariat Police Station where the elder sister of the deceased Chineye Igwetu was crying for help.”

Meanwhile, Police have reportedly confirmed the incident.  The FCT Police spokesman, DSP Anjuguri Manzah said, “We are investigating the case. It is at the Criminal Investigation Department. So, an investigation is ongoing on the case.”