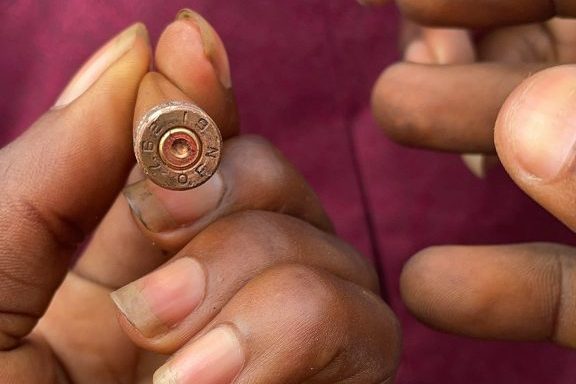 Scores of students of the Tai Solarin University of Education (TASUED), alongside executives of their students’ union government (SUG), have been brutalized by officers of the Nigerian Army.

At about 7 pm on Thursday, soldiers attached to Ilese Barracks, Ogun invaded the student community in military camouflage and harassed students.

According to Moradeyo Ifedayo, the school’s SUG senate president, the soldiers were shot sporadically within the university area but no student sustained a gunshot injury.

He said the soldiers cornered students at the Conoil Filling Station close to the university’s second gate, assaulted and arrested them ‘for no reason.

“To make things worse, the soldiers asked students to bail themselves up with N50,000, and those who could not do that were detained and taken away to the barracks,” he said.

“As responsible and responsive students’ union officers, upon hearing the ugly development, we swung into action and made frantic efforts to rescue students from the assault and fraudulent exploitation.”

FIJ learnt that Rabiu Sodiq, the SUG president, was released at 3 am this morning after the Ogun State Government intervened. A source who asked not to be named told FIJ that before the state government ordered the release of the president and other comrades, they had been beaten.

“When we saw them, they looked like they had been beaten seriously. But as of now, they are in an undisclosed hospital. I am also heading to a clinic to see other students who were beaten by the soldiers,” the source said.

“This is not the first time the soldiers are doing this to us. It is now a habit for them.”

FIJ placed several calls to Prof. Banjo Sikiru, TASUED’s vice-chancellor, and Onyema Nwachukwu, spokesperson for the army, but they did not answer them. Text messages sent to their phones have also not been responded to.