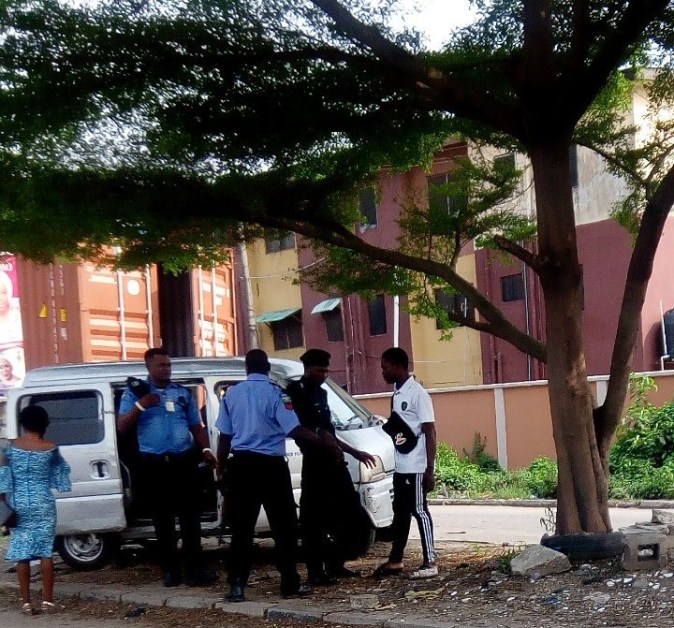 For harassing young men and holding them for committing no crime, Lagos police have a bad reputation. But if there is a police station that is renowned for these vices, it is the Festac Area E Police Station.

Police officers attached to the post are not only harassing young people, but they are also extorting them as well. Sometimes they make trumped-up allegations against young men. If victims attempt to prove their innocence, it ends badly.

On August 30, the officers detained Ayinla (not real name), a student at the Lagos State University (LASU). Ayinla said they got him into a van and demanded N100,000.

“They stopped everyone on a bike and picked up a few of us in their van. They demanded N100,000 from me after they had bullied me. But I said I didn’t have that kind of money.

“After a few slaps, I opened my Kuda Bank app. Seeing N22,000 as my balance, they insisted on taking everything, but I begged them to take N15,000, and they agreed,” he said.

Subsequently, the police took him to a nearby POS shop to collect the money.

Dr Emto, a popular Twitter user, was on his way to Abule-Ado to sign a car dealership when he was stopped by four police officers, two in mufti and others in uniform.

They requested his identity and searched him. They asked him to unlock one of his phones, but he refused. Emto said he would rather go with them to the police station than open his phone. Angry, the officers ordered him not to answer or place a call. But he promptly called to brief a friend on the development.

“I was about to make another call when one of them knocked me on the right hand. He was about to hit me in the face when one of his colleagues refrained him, saying he should only stop me from making calls,” he said.

“They took me to a senior officer, who said I should write a statement and be thrown into the cell. Later, they said I looked like a ‘Yahoo boy.’”

Oluwatobi, a tricyclist, did not resist Festac police when he encountered them on September 15, at 10 am. They had asked him to get off his tricycle for a search. He felt they were doing their job. And then they asked him to open his phone.

“They found nothing incriminating, but they still wouldn’t let me go. Later, they saw a photo of me protesting against police brutality and harassment at the Lekki Tollgate last year,” he said.

“They started making allegations against me, that I was among those who set fire to police stations, killed officers and stole things. So they drove me to their station.”

When he got to the station, the officers searched his phone again and found Binance, a crypto-currency app. Then they labelled him a fraudster. Oluwatobi got three slaps and then began to plead.

“I pleaded with them for a crime I did not commit just to be free. Lucky, the man who led the police team, asked me to bail myself with N2 million. I screamed because there was no way I could raise the money. “I said I had N25,000. He laughed, saying, ‘You never ready‘. I told Lucky I had N100,000, but he said, ‘You just dey come out small small. Two million naira or nothing.’”

Oluwatobi contacted Rinu Oduala, a popular #EndSARS protester, who asked him to fill a form titled “Police Brutality/Extortion Cases in 2021”. On seeing him fill the form, Lucky seized his phone, saying, ‘Before you ruin our station, I go ruin your life’.

“He then called my mother, a hypertensive patient, saying I’d been arrested. He told her I was a fraudster, cultist, and drug addict. She called back, but he ignored her calls until the Lagos State Commissioner of Police called and ordered my immediate release,” said Oluwatobi.

“In annoyance, Lucky took my passport, police report, medical report, pictures, and statement of results, from my email. He said he would deal with me as long as I remained in Nigeria. My life is in danger.”