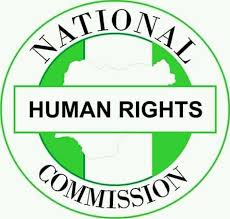 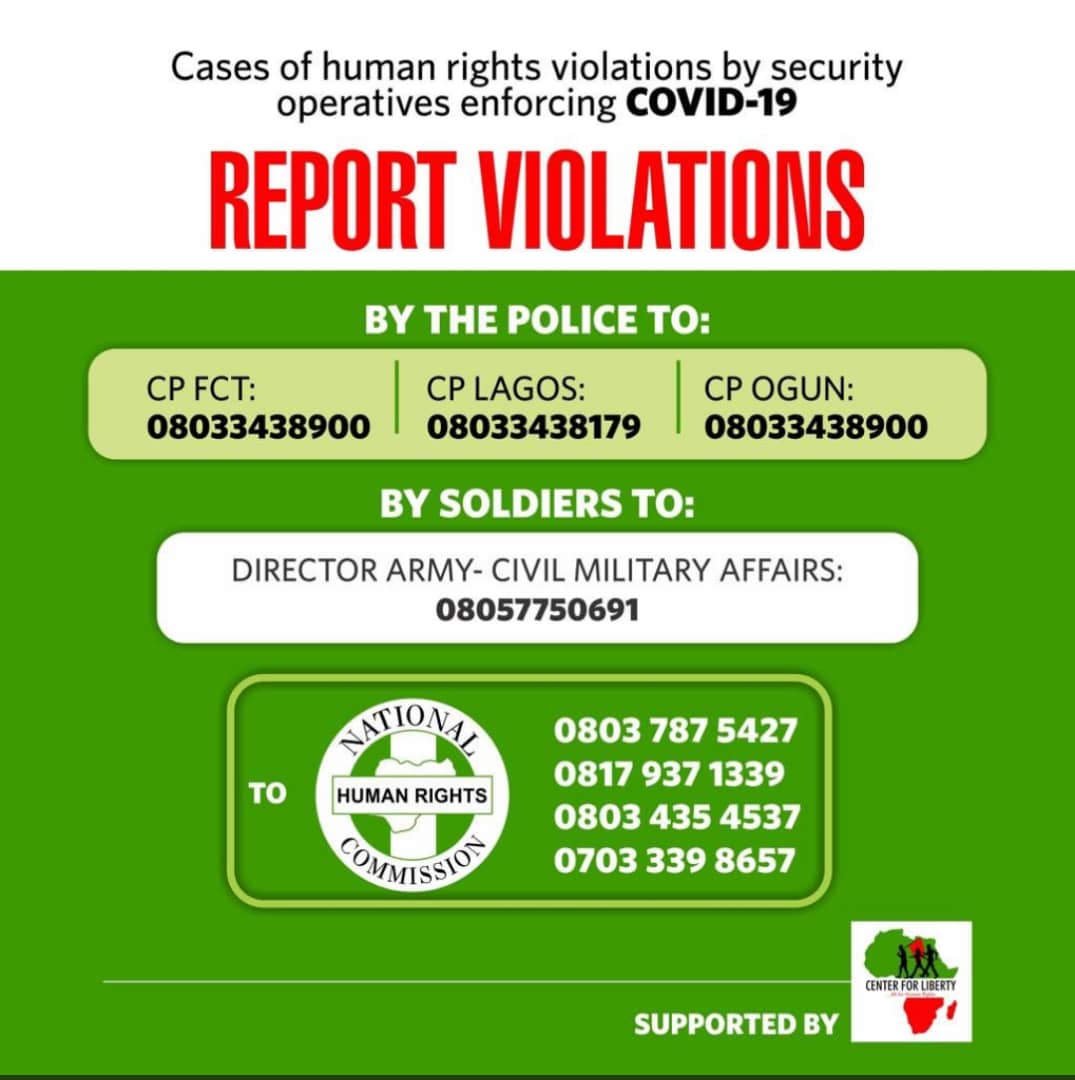 A statement by the Executive Secretary of the Commission Tony Ojukwu Esq directed members of the public to report by telephone calls or text messages or video to relevant staff of the Commission and ensure that such reports include the location of the violation, date,time of such violations including a clear description of alleged violators and their victims, their gender and vulnerability  (if possible, name,  Sex,  rank and security outfit of security personnel(s) or official(s).

The Commission listed the two states of Lagos and Ogun as well as the FCT where the Federal Government on 29th March  gave directives for a  2 weeks lockdown over the COVID-19 for close monitoring.

Reports indicate that some security operatives were openly torturing and violating the rights of citizens in flagrant disregard to rules of their  engagements,  the laws of Nigeria and its international Obligations. The Numbers designated by the NHRC for reporting and documenting human rights violations during the implementation of Covid-19 Regulations are:
1.  08037875427,
2. ‪08179371339‬,
3. 08034354537,
4. ‪07033398657‬,

Members of the public and bystanders and eyewitnesses  who can get video coverage of any violations are encouraged to forward same to the said numbers by WhatsApp giving as much detail as possible to help locate and hold accountable violating law enforcement officials. The Commission enjoins all citizens in the affected states to  comply with the Covid-19 directives to protect their rights to health and that of others.