Police Arrest 15 #EndSARS Protesters In Ogun, to Charge Them for Murder On Monday 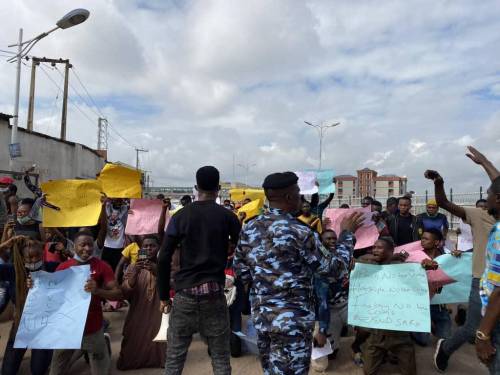 One of the protesters, who spoke with SaharaReporters, accused Governor Dapo Abiodun of fabricating lies to deny the protesters their rights.

“They are at the state police headquarters now and the police wants to charge them for murder. A Toyota 2005 Camrybig, and a Lexus car were part of the cars the protesters abandoned and were taken away by the policemen.

“Earlier in a tweet, the governor of Ogun State termed the peaceful protest as violent and assured that he won’t tolerate peaceful agitations.

“Shortly after that, a blog loyal to the Ogun State Government said the peaceful protesters ambushed the deputy governor. However, it was all fabricated lies to deny the protesters their rights.”