From Nationwide Protests to a Call for National Change 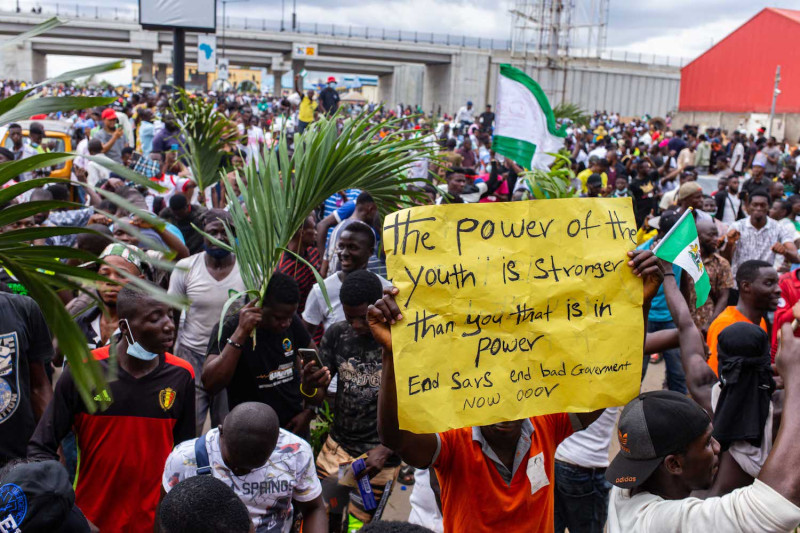 Over the past two weeks, the protests have grown from a movement focused on disbanding the country’s Special Anti-Robbery Squad (SARS)—accused of extortion and committing extra-judicial killings—to encompass anti-corruption and governance issues. Like recent protests in Hong Kong and Thailand, the protests have no central leader but are undoubtedly youth led, with the hashtag #EndSARS becoming shorthand for the movement.

Shaky foundations. Beyond anger at the SARS unit, which was dissolved on Oct. 11, Nigeria’s problems go even deeper. As the country with the highest break-even price for oil production, falling oil prices have spelled disaster: 60 percent of government revenue comes from oil and the industry accounts for 70 percent of exports. On top of that, more than 55 percent of Nigerians are either unemployed or underemployed and the country’s economy is projected to contract by 4.3 percent this year.

A crackdown coming? The national government has indicated it will soon take a harder line against the protests, during which at least 15 people have been killed so far. “We are no longer dealing with #EndSARS but a volatile situation that can lead to anarchy if government does not take some very firm steps to protect the lives and livelihood of innocent Nigerians,” Minister of Information and Culture Lai Mohammed told state television.