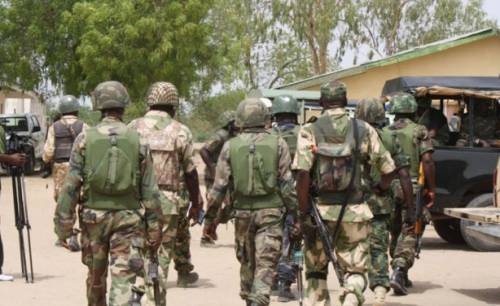 The protesters were rallying in the town to join the demand for the scrapping of the Special Anti-Robbery Squad unit of the police when the incident happened.

SaharaReporters gathered that the soldiers were led by one Colonel Abdulsamad Tanko, who ordered his men to shoot at the unarmed protesters.

“The incident happened less than two hours before the curfew that was slated for 4pm on that day. Our brother, Godwin Iraoya, is dead and his body is still lying at Santa Mariah Hospital, Jattu-Auchi. Four other protesters are currently in different hospitals receiving treatment. One of them had a leg amputated,” a source told SaharaReporters.

The source said the protesters were not armed before they were shot at by the soldiers.