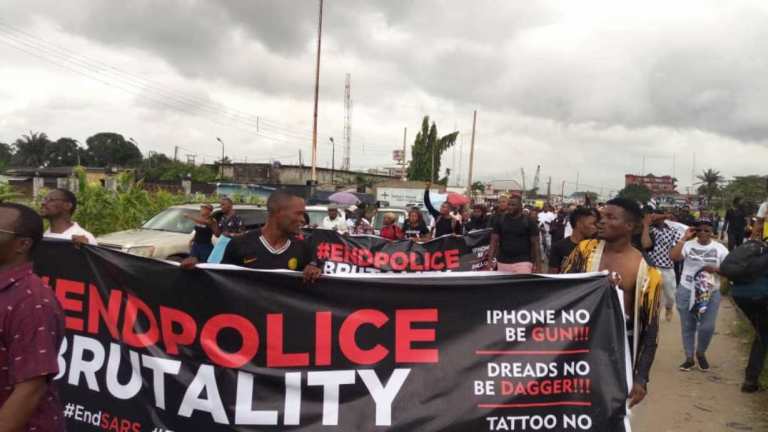 As the nation still rues the debilitating fallouts of the recent #EndSARS protests nationwide, attempts to stage another protest by promoters across the country were pre-empted by the Federal Government yesterday, deploying armed policemen and soldiers at the epicentre of the last exercise, the Lekki toll plaza, Lagos. However, some members of the #EndSARS movement in Osun State stormed the streets of the state capital, Osogbo, demanding disbandment of the State Panel of Inquiry against police brutality.

In Ogun and Cross River states, the police warned that it would not hesitate to deal with any trouble maker, especially as the nation is yet to recover from the carnage that trailed the last protests. Apparently referring to the planned new protests, President Muhammadu Buhari said citizens are at liberty to freely express themselves in a democracy but warned that he would not tolerate any act of hooliganism. However, it was gathered that the armed policemen and soldiers were deployed to the Lekki toll gate around midnight.