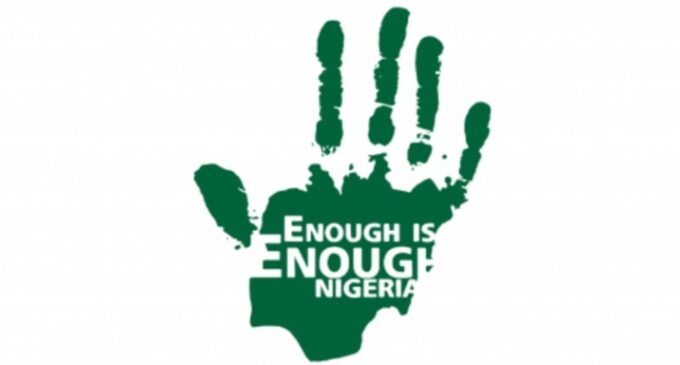 In what appeared to be an attempt to clampdown on #EndSARs promoters, the Corporate Affairs Commission has deregistered a company, Enough is Enough, in error.

The deregistered company, which was registered as a general-purpose firm, bears a similar name to a Civil Society Organisation, Enough is Enough Nigeria, which is actually registered as EiE Project Limited.

The CAC said in a series of tweets on Tuesday that Enough is Enough was deregistered for straying from its original purpose of registration.

It tweeted, “Based on the provisions of Section 579 (2) of the Companies and Allied Matters Act, the Corporate Affairs Commission has cancelled the registration of the business name ‘Enough is Enough BN 2210728’ with immediate effect.

“The above section provides amongst others that the commission has the power to cancel the registration of a Business Name where the name is deceptive or objectionable. The business name ‘Enough is Enough’ which was registered in 2012 to engage in general contracts, sales of sport equipment/promotion deviated from its main objectives over the course of time.

“Consequently, the commission has removed it from its database and advised the proprietors to surrender the certificate earlier issued to them.”

The announcement of the CAC was well received by many of the supporters of the President, Major General Muhammadu Buhari (retd.), on Twitter.