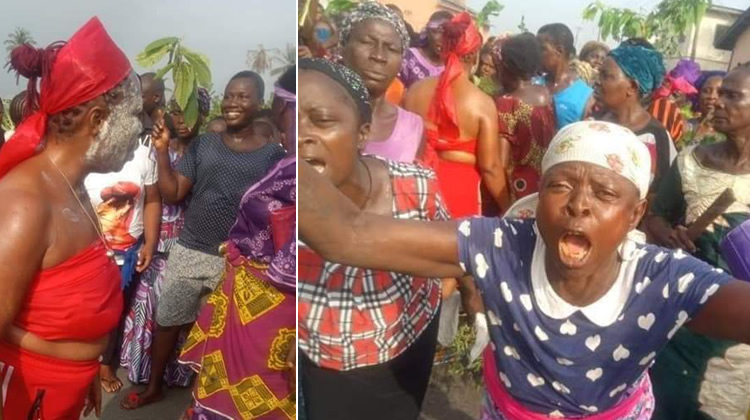 Hundreds of aggrieved women took to the streets of Sapele, Delta State on Wednesday in a peaceful protest to demonstrate their discontent with the extended two weeks lockdown on the state by Governor Ifeanyi Okowa over the coronavirus pandemic.

The protesting women anchored their grievances on the allegation that the Governor Okowa led government had neither provided food nor electricity to cushion the hardship of Deltans.

According to the placard-carrying protesters who were joined by youths, for the past 14 days, it has not been easy for them and their households.

They lamented that most households could no longer contend with hunger.

One of the leaders of the protesting women groups told journalists that “we are on a peaceful protest to demonstrate our displeasure for another 14 days lockdown which the state governor, Sen. Okowa decreed on Tuesday”.

The protesters said they were marching to the Secretariat of the Local Government to register their displeasure alleging that the government was playing politics with the issues.

They alleged that the state government had been deceiving them with their audio promises of coming up with palliatives because, according to them, for the past 14 days the government had not done anything for their survival while many of them are dying of hunger silently.

A member of the protesting group declared angrily: “The government locked down the state for 14 days because of COVID-19, which we obeyed in good faith and stayed at home.

“But after the 14 days, the hunger is now more than that of the Egyptians in the day of the Biblical Joseph because the government didn’t give us any palliative and many of us with our children depend on daily earnings.

“The government that made the order are enjoying with their families so it will be another 14 days of disaster if we are to stay at home as our children are crying of hunger every day”.