FENRAD: Justice for Victims of Extra Judicial Killings During the COVID-19 Lockdown Enforcement in Abia State 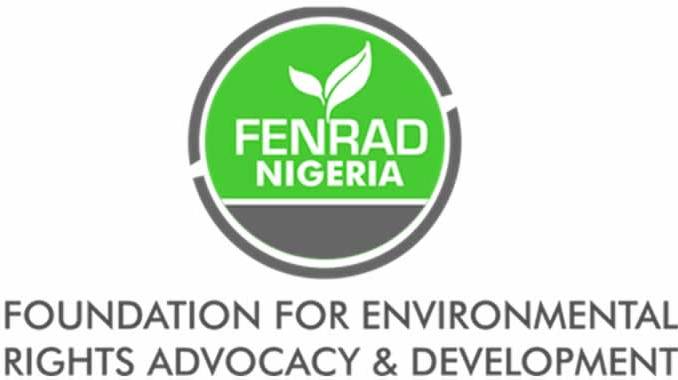 The Commissioner for Justice

The Foundation for Environmental Rights, Advocacy and Development, (acronymed FENRAD), an environmental rights and advocacy group, wishes to enquire from the office of the state’s Attorney General and Commissioner for Justice about the fate, state and stage of prosecution of some security agents taken into custody for suspected extrajudicial killings during the enforcement of the recently relaxed lockdown and stay-at-home order aimed at containing and curtailing the spread of the Covid-19 pandemic.

As a rights and advocacy group guided by the principle of justice and doctrine of human rights, FENRAD recalls that during the said lockdown, particularly in the month of April within Aba and Ohafia axis, certain deaths occurred in the state which were said to have emanated from the barrel of guns borne by security agencies whose duty it was to enforce lockdown compliance. The knowledge and even particulars of these cases are in the public domain but what is sadly not is the fate of justice regarding same.

On April 5, 2020, during which time the state was still under lockdown, FENRAD recalls that an officer of the Nigeria Police Force named Inspector Stanley Asu of the Abia State Command, who then was attached to Ohuru Isimiri Police Station team enforcing the said lockdown shot a citizen identified as Mr. Chibisi to untimely death. The deceased, Mr. Chibisi, FENRAD gathers, was working with Green Mark Energy Filling Station near Oruruka off Ogbor Hill, Aba in Obingwa LGA on the said date. Equally does FENRAD remember the release from State Command’s Public Relations Officer, SP Geoffrey Ogbonna, declaring the incident as not “a deliberate act but a case of accidental discharge”. Though Inspector Stanley was in due time taken into custody of the State Criminal Investigation Department, (SCID), the last about him and his case has yet to be heard.

Again, barely 10 days after the Oruruka incident, another tragic death occurred on April 15, 2020, when and where one Mr. Amobi Igwe, an indigene of Ishiagu in Ebonyi state was shot dead, this time by an officer of the Nigeria Security and Civil Defence Corps (NSCDC) named Eke Richard. The sad thing about this incident was the fact that Mr. Amobi Igwe, a driver, was reportedly said to be on essential duty conveying food stuff to place(s) of demand or need – as the Covid-19 protocols allowed – when this shocking event happened. Though Corps state commandant, Mr. Nnamdi Nwachukwu, denied that the said driver was carrying essentials as earlier reported, it beggars belief that fairness and justice are the rules rather than exception since he (Nwachukwu) failed to clearly establish that the driver was on an illegal duty. What, however, remains sad before the well-meaning Abians is the fact that since Eke Richard was taken into custody, again, nothing has been heard about his prosecution and trial except that like Stanley Asu, he too was remanded in the facility of State Criminal Investigation Department, State CID for short.

Though too many cases abound on unlawful arrest and forced detention, economic exploitation through coercion, bribery and intimidation by the security agents against Abia motorists and tricycle operators, FENRAD does not conveniently forget the brutal murder of Mr. Ifeanyi Friday Arunsi on Friday, April 17, 2020 in Ebem Ohafia which, sadly, triggered a public protest whereupon police station, public properties and chattels were set ablaze by an angry mob. Though it bemoans the ruckus and riot that followed the Ebem Ohafia killing, FENRAD cannot bring itself to believing that the said policemen were off duty on the fateful day as the release signed by former state commissioner of police posited. Why? The police officers who had altercation with Mr. Friday and his colleagues before returning to the scene of the mayhem to shoot Mr. Friday on that sad day were said to be “drunk”. FENRAD has not, to this day, understood why a police armourer would assign guns to drunk or off duty men of the Force and Command. Like the two cases earlier cited, nothing has been heard of these “drunk” officers to this day.

Now, FENRAD wishes to remind the honourable Commissioner for Justice and Attorney General of Abia State that in accordance with the notion and doctrine of rule of law which guarantees equality before the law, broad room for suspicion would be created if Abians are not apprised of what the latest fate of Inspector Stanley Asu of the State Force Command; Eke Richard of the Civil Defence Corps State Command and the “drunk” off duty police officers in Ebem Ohafia is regarding justice as at the moment. This is what hinders democracy, FENRAD believes.

While thanking the state government under Okezie Ikpeazu, Ph.D, for ensuring that lives and properties of Abians are secure, the Foundation wishes to urge the Attorney General to ensure that in the dispensation and administration of justice in any matter concerning Abia state and citizens thereof, no stone is left unturned. Justice, FENRAD urges, must not be seen to be done but must to the letter be done. Abians are watching and the best thing a moment like this deserves is justice for the dead, the bereaved and also the state at large.

To this end does FENRAD calls for speedy and public trial of the named persons and as well publicity of same when done. The judiciary is the last hope of the common man; such hope now hinges on what the state justice machinery can do by keeping Abians abreast and also by ensuring speedy trial. FENRAD believes that justice is not farfetched as with the Attorney General who shall use his good offices to ensure that Abians are in the know with what is justice and what justice is in the stage for the collective good of Abians.