How Abuse of Security Infrastructure is Shrinking Civic Spaces in Nigeria 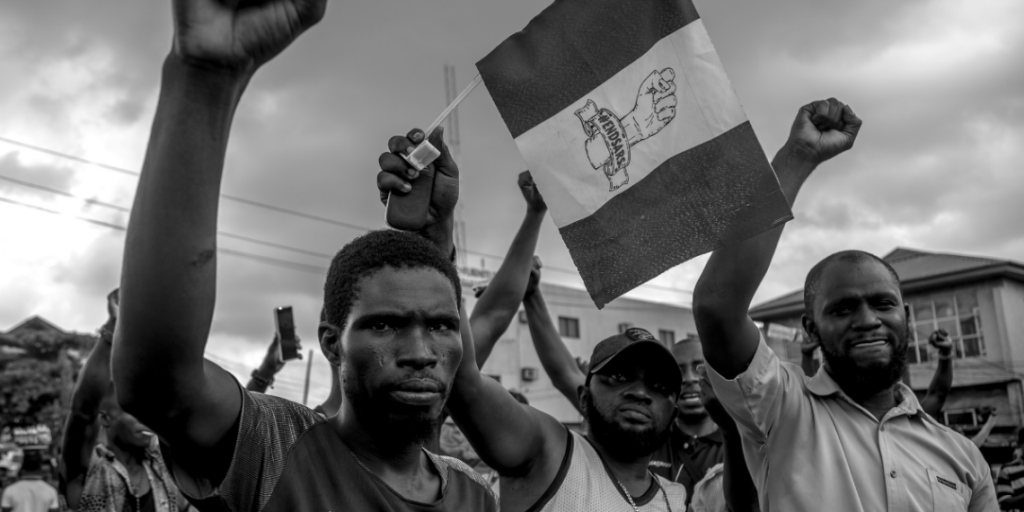 The Action Group on Free Civic Space (AGFCS) has launched the third and final part of its Security Playbook Series which is centered on examining the over application or abuse of security infrastructure to crack down on civic actors in Nigeria.

The AGFCS is a coalition of Non-Governmental Organisations (NGOs) at the forefront of challenging and addressing shrinking civic space in Nigeria.

Last year, the AGFCS launched two reports that revealed how the Nigerian government has over time used the fight against terrorism to further encroach on civic spaces in the country.

In this latest report titled Nigeria: Shrinking Civic Space in the Name of Security, the report examined how the government has taken advantage of the festering security challenges in the country to undermine the ability of citizens to speak, associate, and organize freely, to mobilize for citizen action and to participate in governance processes.

The report notes the different socio-political threats plaguing the country; from terrorism and violent extremism to armed banditry, kidnapping, militancy, separatist agitations, pastoralists-farmers conflicts, transnational organized crime, piracy to mention a few. Religion, ethnicity, and the government’s prejudice were also highlighted as some of the drivers of the insecurity in Nigeria today.

According to the report, Nigeria has consistently recorded a higher than average threat index on the Security Threat Index in the last fifteen years (from 2007 to 2021) which has necessitated the expansion of law enforcement and also made physical and digital surveillance a routine.

While the intent of expansion of policing powers and the routinization of surveillance is to curb security threats, it has however led to an overflow of intended and unintended consequences, resulting in an increase in arrests and detention, use of deadly force to disperse civil demonstrations, censorship of free speech, internet restrictions, proscription of religious and ethnic agitators, designation of dissenters as terrorist groups, among others.

See below link to the full report and executive summary

NIGERIA: SHRINKING THE CIVIC SPACE IN THE NAME OF SECURITY

EXECUTIVE SUMMARY; NIGERIA: SHRINKING THE CIVIC SPACE IN THE NAME OF SECURITY