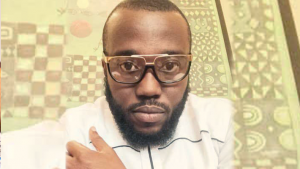 The police in Abuja have arrested a famous anti-Buhari social media commentator, moments after invading his residence to traumatise his family.

Somtochukwu Onuchukwu was at home in Abuja’s Kubwa neighbourhood when a team of police officers broke in on Friday morning, the Gazette learnt from his friends. He was then taken away by the officers at about 11:30 a.m. following an initial standoff of about 25 minutes. He is now being held at the police area command in Kubwa, associates said.

His wife, Ada, confirmed the arrest to the Gazette, saying the police claimed something her husband did was against the law but without elaborating. A spokesman for the police in Abuja did not immediately return a message seeking comments from the Gazette on the arrest of Mr. Onuchukwu, an ICT consultant based in Abuja.

The Gazette could not immediately confirm the reason for Mr. Onuchukwu’s arrest, but it might not be unconnected with his strong anti-Buhari views on social media. The commentator is also a known supporter of the opposition Peoples Democratic Party, which has yet to issue a statement about the development.

Demands have intensified earnestly on social media for Mr. Onuchukwu’s arrest, which many see as yet another instance of a widening culture of impunity amongst security agencies under President Muhammadu Buhari, who has a history of clamping down on critical voices.