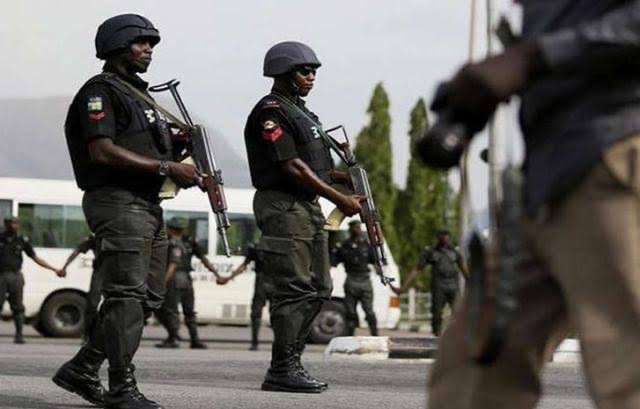 Policemen attached to Operation Burst, the Oyo State anti-crime outfit, have allegedly killed a man at Pete’s Bar and Lounge of the Trans Amusement Park, Bodija Area of Ibadan, during an argument.

The man, Taye Adeleke was allegedly shot dead on Monday during an argument over a parking space at the park.

PM NEWS gathered that trouble started when the deceased, who was in the company of his twin brother, Kehinde, got into a hot argument over parking space on the premises of the park.

When the argument turned ugly, the owner of the bar, Mr. Seyi Olusa reportedly called on policemen guarding the premises for intervention.

According to a source, one of the officers accidentally fired a shot which killed the man instantly.

Meanwhile, the owner of the bar, Seyi Olusa has been detained at the Iyaganku Police Station over the incident.

In a statement, the Oyo State Government said the bar had been closed indefinitely over the unfortunate incident.

The Executive Secretary, Bureau of Investment Promotion and Public Private Partnerships, Mr. Yinka Fatoki said that the management of the Trans Wonderland Nigeria Plc communicated the decision to close the bar to the government, explaining that a three-month quit notice had earlier been issued to the company effective January 12, 2018 over the sale and use of illicit drugs in the park by patrons of Pete’s Bar & Lounge.

Mr. Fatoki said that the management of Trans Wonderland had also issued a warning to the Chairman of Pete’s Bar on November 17, 2017 over the issue of illicit drugs.

He stated that there was a scuffle at the bar on February 26, 2018 which led to the accidental discharge from one of the security operatives invited to restore order.

The matter is being investigated by the police.