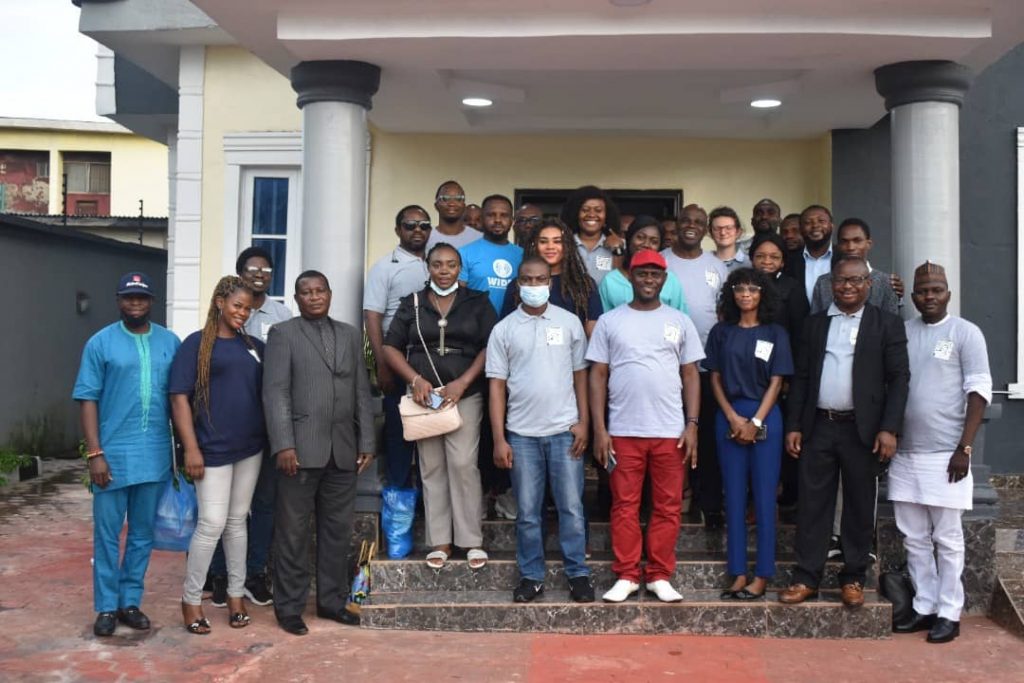 After three (3) months of intensive study and data collection under the AGFCS’ joint action research, The Security Playbook, 13 participating member-organizations, converged again on September 23 to present their preliminary findings to a rich pool of civic space experts, security experts, research consultants, media practitioners, representatives from local and international non-governmental organizations at a validation meeting hosted by Spaces for Change (S4C) in Lagos.

The validation meeting afforded stakeholders an opportunity to evaluate, critique, and contribute to the draft report findings and collectively identify entry points for disrupting and reforming the security architecture to defend the civic space in Nigeria. The joint action research, supported by FGHR, interrogates the rising misuse of digital technologies, counter-terrorism and, national security laws to restrict the civic space in Nigeria.

In her opening remarks, S4C’s Director, Victoria Ibezim – Ohaeri commended the member organizations for leveraging their individual resources, connections, and expertise to embark on the joint research. She noted that the study proceeds chiefly to review five major civic space trends in Nigeria. First, the misuse by state actors, of counter-financing of terrorism architecture to shrink the civic space. Second, the rising misapplication of counterterrorism measures and anti-terrorism narratives to quell legitimate dissent and, restrict digital spaces used by citizens to express opinions and interrogate the quality of governance. Third, the role of private sector actors in collusion with state actors to undermine the civic space. Fourth, the unique patterns of attacks suffered by minority groups – such as women, children, persons with disabilities, and LGBTQI communities – due to these undue shocks on the civic space. Lastly, the impact of transnational CT norms and trends on the civic space and how these global trends provide the impetus and pretexts for attacks on the civic space.

Researchers took turns presenting key findings from their respective studies and availed the audience, information around the research methodologies – which incorporated desk studies, focus group discussions, and field visits, all of which provided first-hand insights on research particulars. Key findings from various presentations underlined the increasing tendency of the state to securitize legitimate social groups, frame genuine citizen agitations and dissent bothering on national questions, and citizens’ interrogation of the quality of governance as existential threats to national unity, cohesion, and security. Victoria Ibezim-Ohaeri concluded with a short capacity-building session on the rudiments of good research.

In a call-in session, James Savage of the Fund for Global Human Rights commended the researchers and other contributors at the validation meeting. He expressed great expectations for the outcome of the joint action research and its potential to provide useful information and relevant guidance for civic actors in Nigeria. The meeting ended on a pleasant note as AGFCS members felicitated Comrade Nelson Nwafor, Director of FENRAD, who celebrated his birthday that day.

Ultimately, the collective action research when finalized will identify and analyze incidents of over-application or misuse of security infrastructure to crack down on civic actors and recommend opportunities for reform of the security architecture in Nigeria to defend and expand the civic space.