Rule of Law And Accountability Advocacy Centre (RULAAC) Calls on the Inspector General of Police to Order an Investigation into the police invasion of the residence of a former Acting Managing Director of the Niger Delta Development Commission, Joy Nunieh 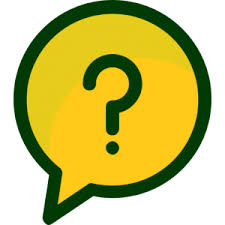 RULAAC watched with consternation, the video of Police officers attempting to break into the residence of former acting Managing Director of Niger Delta Development Commission (NDDC), Joy Nunieh, without any warrant, before they were stopped by the Governor of Rivers State, Nyesom Wike.

That act of invasion and attempt at forceful entry, without warrant, is barbaric, illegal and condemnable.

The Governor of Rivers State revealed that that despicable act was carried by police officers from the Inspector General of Police Monitoring Unit.

The manner of that operation was unprofessional and unbecoming of any trained, law abiding and civilised police officers.

Without any prior invitation for any stated offence or reason, and without any warrant of arrest or entry, as required under the Administration of Criminal Justice Act 2015, the Police officers stormed and surrounded the residence of the former NDDC Director in a commando fashion and sought to break in when she refused to open because they had no warrant to arrest her. They therefore, sought to illegally force their way into her house before Governor Wike intervened. That operation is illegal and unlawful.

The former director has been embroiled with Mr. Godswill Akpabio, former governor of Akwa Ibom State and current Minister of the Niger Delta supervising the NDDC. He sacked Joy Nunieh as Acting Managing Director of the NDDC under controversial circumstances and the two have engaged each other in allegations and counter allegations over massive corruption at the NDDC. The former director has levelled serious, damaging allegations against Minister Akpabio of both corruption and sexual molestation, which Akpabio denies.

The motive of the invasion and desperation exhibited in the attempt to arrest the former director make the whole operation suspicious considering that she is supposed to testify before the House of Representatives Committee investigating corruption in NDDC. During and after the Senate committee hearing last week, the former director made scandalous revelations of serious acts of corruption against the minister

We are e even the more perplexed by the revelation by the Rivers State Governor that the Rivers State Commissioner of Police was not aware of the operation. How could any police unit or team come into a state to carry out an arrest  without the knowledge of the commissioner of police or even the local police authorities in that state? It is unprocedural.

Even if the Inspector-General of Police ordered the arrest- a fact that is not yet established, the team is still expected to document with the state headquarters, otherwise, anything they do would be illegal.

We are aware of the practice by some of the extra- legal units created by the Inspector-General of Police which regard themselves as answerable only to the IGP and operate without control and accountability, subverting due process.

They also, often tend, as this case appears to reveal, to dabble into politics and offer themselves as willing tools in the hands of self-serving politicians to settle political scores.

The ongoing reorganization being carried out by IGP Adamu Mohammed which has seen to the disbandment of the satellite bases of the IRT and STS should equally extend to the IGP Monitoring Unit. They are as notorious, lawless and reckless as these other units in the way they operate in the various states.

We call for an investigation to uncover the motive behind this barbaric action of the police team that invaded the residence of Joy Nunieh.

All the officers involved must be identified and punished for deterence.