Updates from the Legal Team 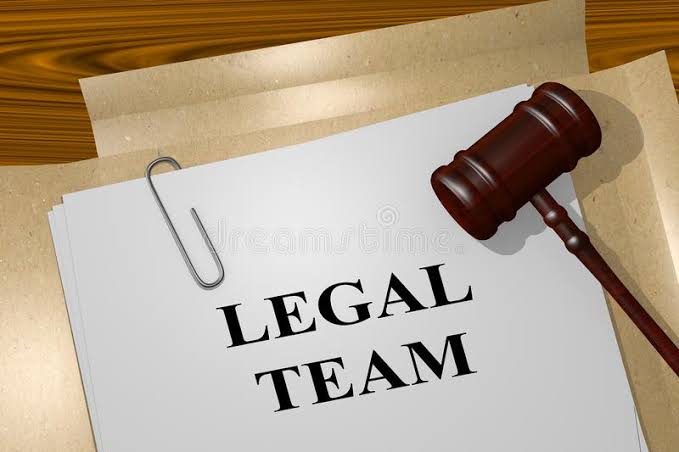 In April 2020, SPACES FOR CHANGE | S4C teamed up with CLEEN Foundation, NOPRIN Foundation, Rule of Law and Accountability Advocacy Center (RULAAC), JDPC Gowon Estate and the Network of Pro Bono Lawyers of Nigeria, to launch the Action Group Legal Helplines (08145000093 & 07039855775), with the aim of providing free legal services to persons whose rights are violated as a result of the COVID-19 lockdown measures in Nigeria. With the timely support of the Fund for Global Human Rights,  the pool of lawyers from the six organizations have been rendering a range of legal services for free, including securing police bails, on-the-spot legal advice, free legal representation in courts, and petitioning agencies and institutions responsible for redressing wrongs. Beneficiaries of the scheme are drawn from different parts of the country.

In Lagos, the team freed a total of 68 persons (19 women and 49 men) from various detention facilities across the state.  CLEEN Foundation and  another organization, Partnership for Justice are handling the two complaints of gender-based violence received in Lagos.

In Imo State, the legal team freed 7 persons detained at the State Criminal Investigation Department, Owerri, for violating the curfew imposed as part of the lockdown measures to combat the spread of COVID-19. The arrested persons were held in detention beyond the consitutonal limits of 48 hours without any formal charge. At the time, state courts and judicial bodies remained shut while the mobile courts set up to try simple misdeameanours committed during the lockdown were not sitting to administer justice. Security officers exploited the lacuna to extort detained persons, while those who could not afford to ‘pay for freedom’ remained in custody longer than necessary.

On April 24, 2020, the Action Group’s legal team issued a press release urging the governor to set up mobile courts and provide the resources needed for the mobile courts to sit and try defaulters of Imo State Executive Order 001 on COVID-19 Lockdown and Curfew.  Yielding to advocacy pressure, the mobile court started sitting a few days later and the legal team continues to provide free legal representation to defaulters, particular women and those on essential errands, such as procuring food items, drugs, or seeking medical care at the time of arrest. So far, 23 persons have been freed in the state.

In addition to the above, the legal team released press statements, petitioned the Nigeria Army, the National Human Rights Commission and the Nigeria Centre for Disease Control. The legal team also offered pro bono services in the police station and courts to indigent citizens arrested for allegedly violating the lockdown order.

In Kaduna, the groups’ legal representative in the state followed up with a case involving the arrest of over  900 persons that allegedly violated the lockdown order between April 27 to April 30, until all the suspects were eventually released. Majority of the suspects were religious leaders and business owners.

Action taken by the legal team include referals and petitions to state and federal agencies/institutions responsible for redressing wrongs. In Delta State, the Action Group’s legal team petitioned the National Human Rights Commission to investigate the death of one Joseph Pessu who was reported to have been shot at close range by an army official for allegedly violating the lockdown order in the state.

In Rivers State, the state governor, Nyesom Wike ordered and supervised the demolition of two hotels in Eleme and Onne that allegedly violated the lockdown directives.
The Action Group Legal team swung into action and deployed representatives to the location to obtain first-hand information about the circumstances surrounding the demolitions. The owner of one of the hotels, PRODEST HOTEL, was contacted and discussions are still ongoing regarding the exploration of legal remedies.

All of the above interventions in different parts of the country would not have been possible without the timely and flexible support from the Fund for Global Human Rights.  SPACES FOR CHANGE is particularly grateful to the Fund for the flexibility to experiment with new ideas, test new strategies, learn from mistakes and make adjustments along the way. This approach, for us, has been empowering.