RULAAC: Assuaging the plight of the poor in this perilous time 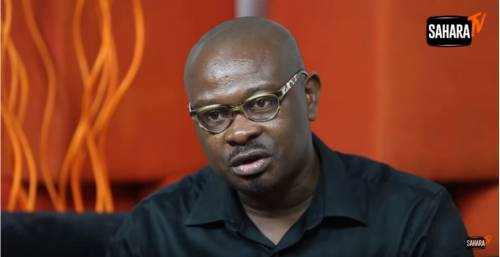 Rule of Law and Accountability Advocacy Centre (RULAAC) has been monitoring and receiving information on public compliance with the federal government ordered lockdown in Abuja, Lagos and Ogun States, which contain measures to contain the ravaging Covid-19 pandemic.

Our monitoring of the compliance with the lockdown and stay at home orders in Lagos, Abuja and few other states indicate that most people are finding it difficult to effectively comply,  for various reasons.

First, there are those who still don’t believe that Covid-19 is a real life-threatening pandemic and that precautionary measures such as social distancing, personal hygiene and other outlined measures can prevent its infection and spread. In fact some have been made to believe that the lockdown is a deception by government to achieve other ulterior motives. Those who promote this narrative are mainly the apocalyptic pentecostal ‘Men of God’ who push arguments linking Covid-19 to G5 mobile technology which they argue is a part of the biblically ordained designs of the Anti-Christ.

Ssecond, some Nigerians are simply lawless or lack discipline, just like  when passengers are asked to switch off their phones prior to flight take off and you still find some people- seemingly ladies and gentlemen-  fiddling with their phones.

To illustrate, a relative of mine called me yesterday to complain that he was arrested by the police somewhere in Lagos when he drove out to buy pap for his baby. I asked him whether he knew about the lockdown order and whether there was nowhere around his neighbourhood he could walk down to buy the pap. He said ‘but other vehicles are on the road’. I told him that he has broken the law as much as those other people. Everybody may not be arrested at once.

Third, and most significantly,  there are yet others who are forced out of their homes by want and hunger. They can’t stand the site of their tender children crying for hunger.

As I said elsewhere, majority of the population fall within the poor and vulnerable category. Usually, many feed themselves and their dependents on their daily earnings.They live from hand to mouth.

Under the prevailing difficult and uncertain situation, many families and individuals are already suffering and starving, just one week into the lockdown, with one more week left to go, with the probability of an extension.

The federal government’s Social Intervention Policy- the so-called  conditional cash transfer is not yet addressing mass poverty, deprivation and hunger. The billions which government announced that it has released and made available for conditional cash transfer to the poor and vulnerable in communities are not reaching the targets. There are still cries of woe and anguish in most communities.

We have seen videos of caricature of the ‘social intervention’, of food items shared to some communities. In one video, we saw a street in Lagos of over 30 families who said they were given two loaves of bread and few cups of rice and garri and few condiments (tomato paste sachets) to share. And we see members of the community lamenting and asking how a whole street of over 30 families could be given such quantity of food items not enough to serve one family for two days to share!

Corruption has become our national culture. A seemingly intractable challenge to our progress and development. Most of our politicians and public office holders are unscrupulously avaricious.

Given our past experiences where public funds meant for and released to assuage the sufferings of poor and vulnerable communities were  either unconscionably used to ‘cut grasses’ or inexplicably got ‘swallowed by snakes’, we call for transparent and community based approaches to the management and disbursement of social intervention funds.

Considering complaints by many local communities about not benefiting from the released billions of Naira announced and meant to alleviate poverty and hardship, especially during this difficult and uncertain period, we call for a transparent and effective investigation of the management of the funds so far allocated. Efforts must be put in place to ensure that the funds are not diverted, as usual.

Independent community committees must receive these funds and be charged with identifying those in their midst who qualify to benefit.

The management of the funds should be monitored by a multi stakeholder committee including government and community representatives as well as credible media and civil society representatives.

Government must put effective measures in place to check corrupt public officials who want to steal or divert funds meant to relieve the sufferings of the poor and vulnerable people in these perilous times.

This is the only way to help the people comply with the law and stay at home for now!

Finally, since government has been announcing huge numbers of beneficiaries of cash transfer program running into millions and claiming to have paid billions, can the government make the system transparent by publishing the names and addresses of the beneficiaries on an electronic portal so that Nigerians can do the verification?