Soldiers are Taking Over the Streets in Abuja 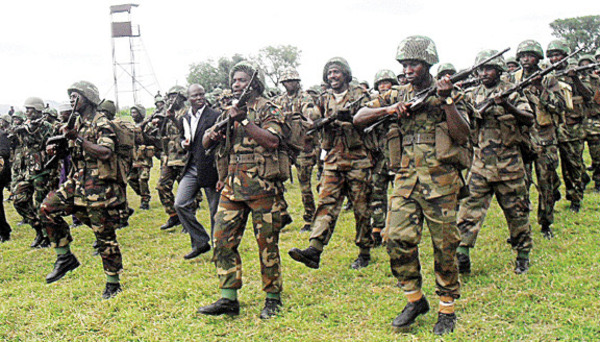 It was also gathered that the security agencies including the army had dislodged protesters who blocked the popular AYA Roundabout on Monday, armed soldiers were seen patrolling to ensure the flow of traffic.

They mounted barricades as they tried to manage the situation. There were reports of similar scenarios in other parts of the city as the protesters divide themselves into groups and operate from various locations.

Though the Army Spokesperson Col Musa Sagir has said the exercise has no relationship with any lawful protest under any guise whatsoever, many have insinuated it was meant to break the protests.