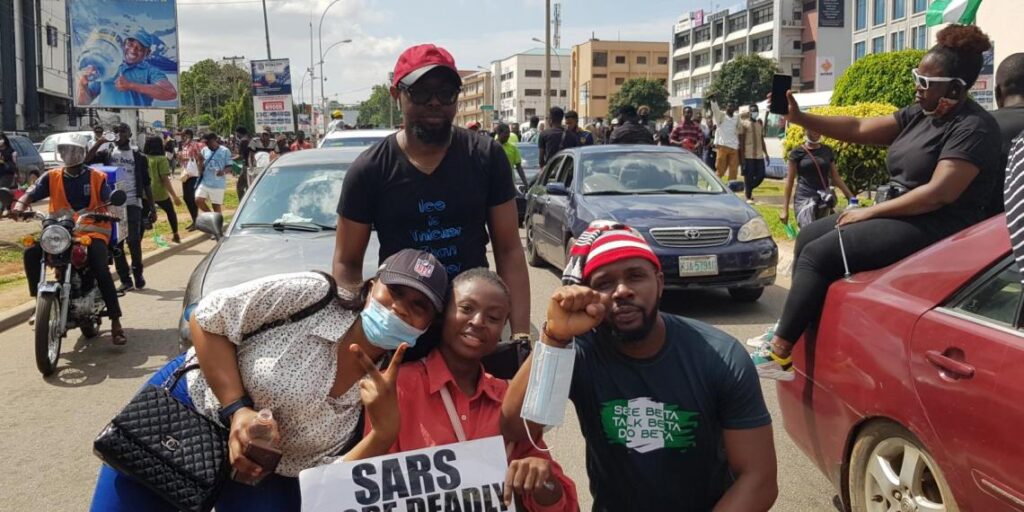 Armed thugs swooped in on peaceful protesters camped outside the headquarters of the Central Bank of Nigeria (CBN) Monday morning, several of the protesters have told PREMIUM TIMES.

The protesters had set up their camps outside the CBN building on Sunday, with the intention to block the bank’s staff from accessing their offices until their demands are met.

However, at about 4 a.m on Monday, the thugs struck.

Gabriel Igbide, a nail technician, who was at the protest when the attack happened, said they had received information that the thugs were coming in a convoy.

He told PREMIUM TIMES that their protest was peaceful until the attack happened. He added that they had already spoken with the police and soldiers around the bank and began their protest, careful not to encroach into the space of the security agents.