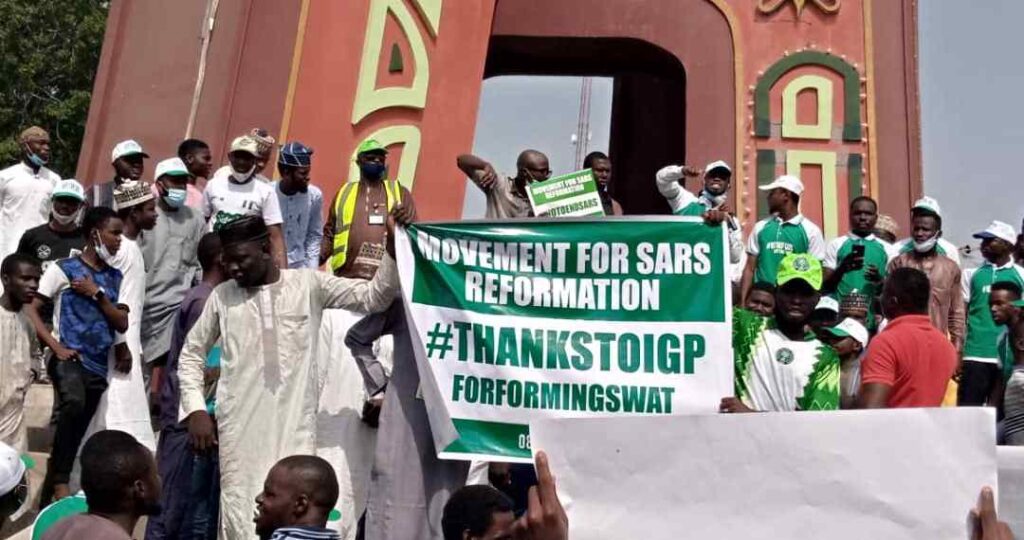 Kano Youths have intensified their protest following the reported death of Saifullah, a 17-year-old, allegedly tortured by Police on Monday morning, as #ENDSARS protests rocked places like, Abuja, Lagos, Anambra, Enugu, Osun, others in the country. It has been more than ten days the youths have continuously protested against Police brutality, maltreatment, assault and extra judicial killings by the operatives of Special Anti Robbery Squad, SARS, listing out their demands, yet none of them have been met. The vice President Prof Yemi Osinbajo had apologized to Nigerians over FG’s slow movement in meeting up with #EndSARS protesters demands.

“Dear Nigerians, I know that many of you are angry, and understandably so. We could’ve moved faster and for this we are sorry,” he said in a series of tweets on his handle late Friday. “I fully understand how many young people feel. Many feel that we have been too silent and have simply not done enough. These feelings of frustration are justified. READ ALSO: #EndSARS Protest: APC Govs Forum DG lists way out, calls for Radical Politics

“There are far too many people who have been brutalized at the hands of the police and this is unacceptable. “We must take responsibility for protecting young people, even sometimes from those who are paid to protect them”, he said. Barely a day he made the statement Amnesty International Nigeria, stated via it verified twitter handle, @AmnestyNigeria, that Saifullah was allegedly tortured to death by Police in Kano. “Protest is currently going on in Kano around Kofar Mata area, following the death of Saifullah – a 17-year-old in police custody in the morning. “The protest against police brutality erupted after it was learnt that Saifullah was allegedly tortured to death by the police. #EndSARS “Protesters have barricaded the main Kofar Mata road and set tyres on fire chanting songs calling for an end to police brutality. #EndSARS”.