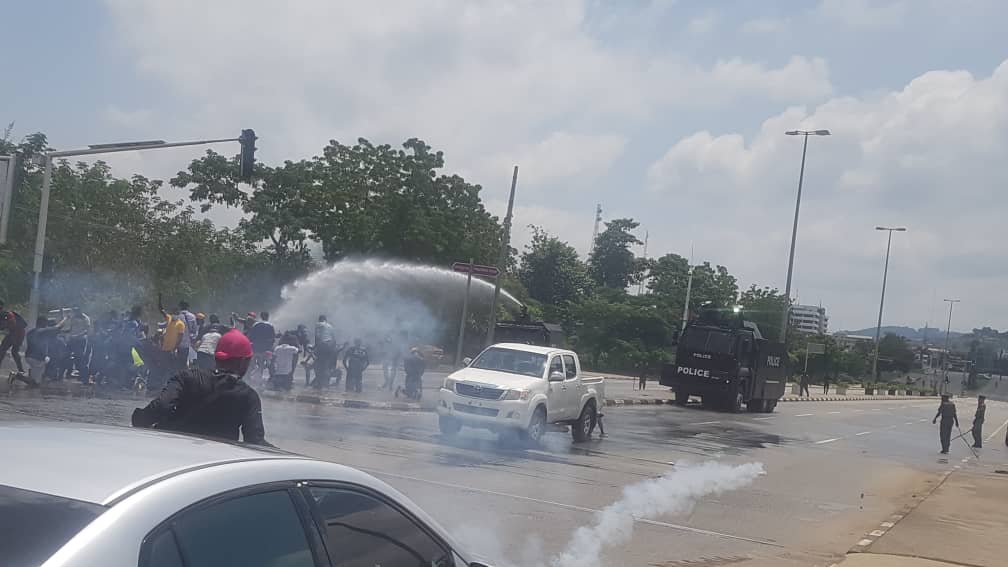 A combined team of soldiers and police mounted surveillance on Okere Road and restricted motorists using the link to the correctional centre.

IN Kano, there was pandemonium, as 17-year-old, Saifullahai Abdullah, was allegedly killed by the police.

The death of the famous cloth launderer triggered bonfires, with angry youths taking over the main road.

Saifullahai’s killing came as protest against police brutality and harassment dominated major cities of the country.

The young fellow was reportedly murdered by a patrol team on Sunday night at about 12 midnight in the presence of his friends, right in the front of his residence within the metropolis.

Contacted, the police spokesperson in the state, DSP Abdullahi Haruna, promised to respond when he gets full details.

The marchers were intercepted at John Kennedy Street, as they attempted to march through the back gate of the Presidential Villa, The Guardian learnt.

In an attempt to disperse the protesters, the security agents fired tear gas.

Soldiers had earlier mounted a barricade at the popular AYA Roundabout within the FCT.

Efforts to get reactions from security agencies were unsuccessful.