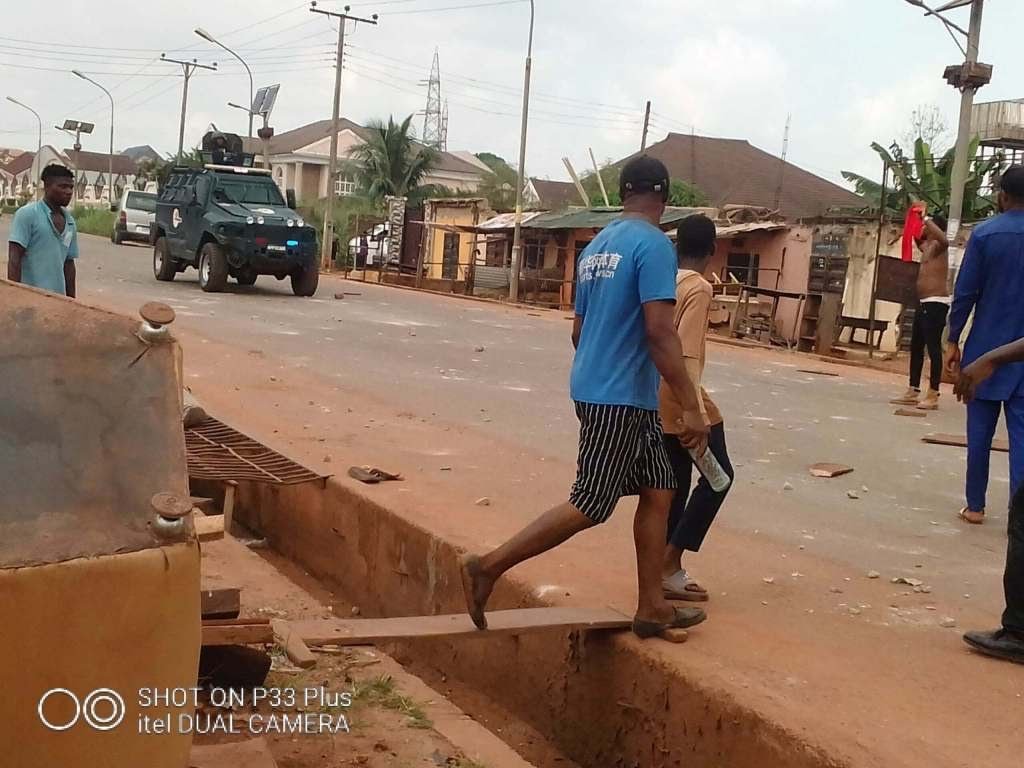 Other people along the area said that three persons were killed today but only two dead bodies were conveyed in a wheelbarrow and dropped at the Timber Market along Nike Lake road but later taken out to unknown premises in Abakpa.

In a statement issued by the President-General of Ohanaeze Ndigbo, Chief Nnia Nwodo, said that Ohanaeze was outraged by the vituperative and inciting outrage of the leader of IPOB on the #ENDSARS activities in Lagos and disassociated the body and Ndigbo completely from them.