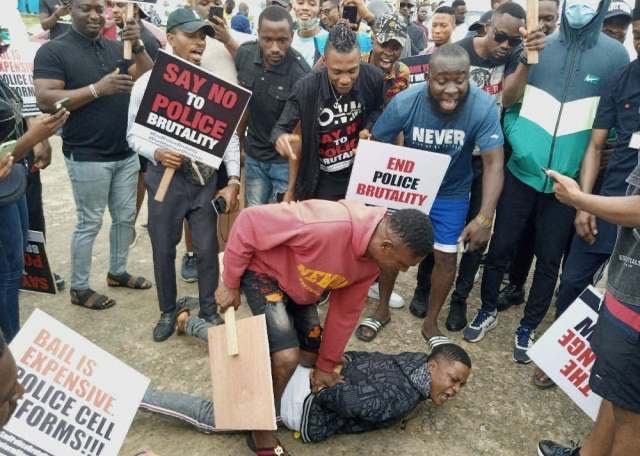 The police spokesperson, Haruna Mohammed, who confirmed this in a statement, said three others sustained various degrees of injuries.

He said the victims were rushed to the hospital for medical attention, adding they were responding to treatment.

He said five persons were attacked in Onitsha and taken to the hospital for medical attention where three have been confirmed dead while two others were receiving treatment.

He further disclosed the protesters attacked Nnewi Police Station, set it ablaze and vandaliSed patrol vehicles and other exhibits.

He said: “On the 21/10/2020 at about 11:30pm hoodlums in large number under the guise of “END SARS” protesters attacked Nnewi Police Station, set it ablaze and vandalized patrol vehicles and other exhibits but were prevented from assessing the armoury to cart away arm due to strong resistance placed by police men on duty.