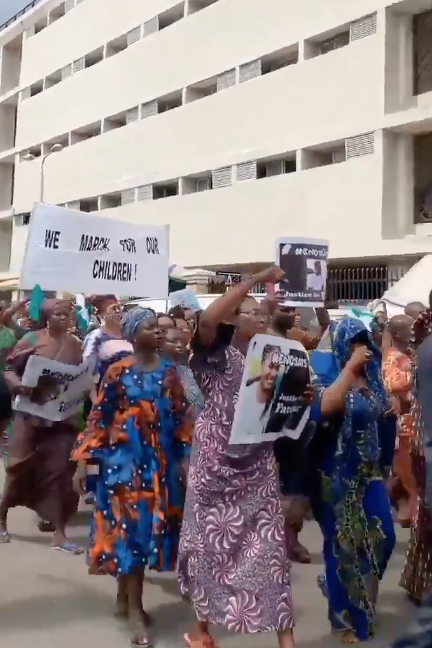 The EndSARS protest, which gripped the country for about two weeks in October, resumed in Lagos State on Thursday with protesters marching by Tejuosho Road in the Yaba area of the state.

SaharaReporters gathered that old women and some young men brandished various placards in the area, defying the scorching heat to march for almost two hours.

The EndSARS movement, mostly peaceful, had turned to a blood field on Tuesday, October 20, when the personnel of the Nigerian Army went to the Lekki Tollgate area and opened fire on the crowds.

A certain Lieutenant Colonel Bello, who was the Commanding Officer of the battalion, had reportedly led the soldiers to fire bullets at the scene. However, he claimed before the ongoing Lagos State Panel of Inquiry that he only fired blank ammunition into the air.

A day after the shootings, the Lagos State Governor had initially denied any loss of life from the gunfire or that he was aware of the deployment of soldiers