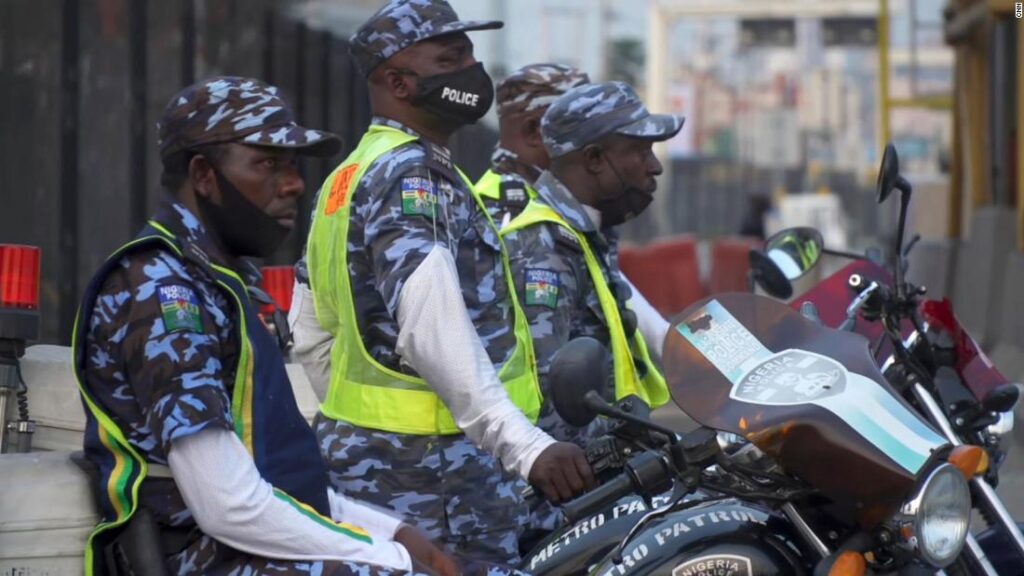 Nigerian security forces have detained at least 12 people following protests over the reopening of the Lekki toll gate in Lagos on Saturday.

The toll plaza was the scene of a fatal shooting of unarmed protesters by Nigerian soldiers on October 20.

The facility had been shut since the night of the shooting, but a judicial panel — set up by authorities to investigate reports of police brutality and the violent crackdown of #EndSARS protesters by the army — recently voted for its reopening.

A CNN team at the scene witnessed a group being taken to a police truck amid a heavy police presence.

“We have the right to tell our fellow citizens who are not doing what is right that what they are doing is wrong. We must not lose our courage to speak in the face of oppression and brutality,” Damilare Adenola said from the barred window of a police truck.

Adenola said he had come to the protests on Saturday to show support to the organizers and observe the demonstrations but was arrested when he refused to identify himself.

“I told them I’m not going to lose my right to protest even if I’m jailed — I’ll still speak because it is my fundamental human right,” he added. “This was where our oppressors trod upon our fellow compatriots — fellow young people.”

He continued, “We felt that this place should be made a museum — a museum of resistance and not a money-making enterprise. People were killed here, so many people are in hospitals — their lives have been spoilt.”