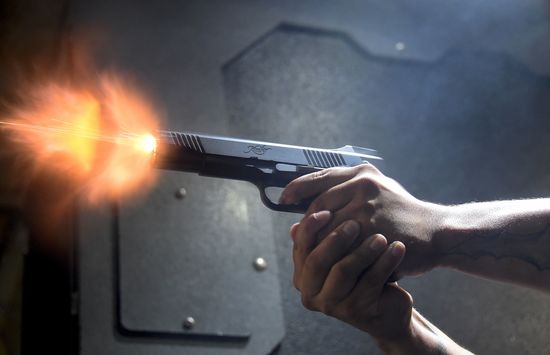 The father of the victim, Abdulkadir Suleiman, said his son, Usman, sustained a fracture in his head and that his condition is critical as he has been unconscious for three days.

“I’m in confusion, I don’t know what to do, I was referred from Ringim General Hospital to Rasheed Shekoni specialist hospital in Dutse the state capital, yet my son’s condition keeps on deteriorating.

“From Dutse in Jigawa, now they referred us to Aminu Kano Teaching Hospital in Kano where the boy is expected to undergo skull surgery,” the father said.

PREMIUM TIMES broke the news on how the teenager sustained a wound at his head, allegedly by a police bullet while enforcing a lockdown in Sankara market in Jigawa.

But, the police spokesperson, Audu Jinjiri, denied that the boy was hit by a bullet. He, however, said the boy sustained a head injury by a stone peddled by rampaging youth resisting the lockdown order in the community.

The police command in Jigawa has summoned the father of the victim to ascertain the truth of the matter and has vowed to render justice on the matter.