El-Rufai: A critic’s desperation for silence 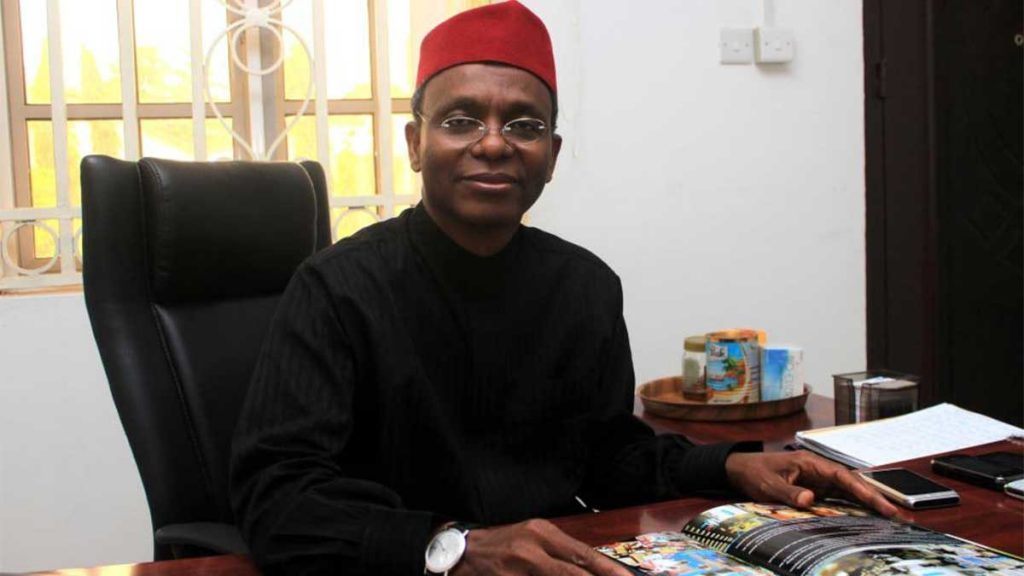 On October 26, 2016, Dr John Dan Fulani, public commentator and lecturer at the Kaduna State University, was arrested and detained for 13 days. His offense: he made a Facebook post criticizing the government of Nasir el-Rufai, governor of Kaduna State. A reporter with a local newspaper, for publishing a story claiming the governor had assets worth billions of Naira, was equally detained for 13 days. Luka Binniyat, a Kaduna-based Vanguard journalist, published reports on the recent Southern Kaduna killings. For so doing, he was constantly harassed by agents of the state government, and was even tagged “a threat to the security of the state” by a media aide to the governor. Rights activist Gloria Ballason’s radio programme was shut down and reassigned to another person, never mind she owned the intellectual property rights. The state government had found the programme “troubling and upsetting.”

To be fair, it didn’t start with governor el-Rufai, this persecution of free speech. For posting pictures of Fulani murders in Southern Kaduna in 2013, Reuben Buhari, a former aide to former Kaduna State governor, Patrick Yakowa, was repeatedly questioned and harassed. But el-Rufai’s media repression strikes a brow-raising effect for its element of contradiction. For a man who reached power standing on the pedestal of free speech, if not scandalous anti-government parroting, media gagging is such a tragic irony.

A recent survey by a non-governmental organization, Spaces for Change, assessing freedom of expression within the Kaduna civic space, reports gross abuses. All 13 civil society actors interviewed bemoaned incessant government harassments and especially social media muffling. The social media invites more intimidation for its more democratic nature, its dynamic of spread. While the conventional media can be silent to ensure its survival from government patronage, the social media, like el-Rufai’s Twitter account, is sustained by cheap, powerful clicks. It is depressing that the governor, an otherwise shining example in brilliant and intellectual capital idealized for Nigerian leadership, is the one manning the dark work of blighting expression. Being accused, sometimes plausibly, of Fulani sectionalism, is bad enough.

Sometimes plausibly, like in his handling of the recent Southern Kaduna killings. When they do not smack of appeasement to Fulani sense of entitlement, his utterances inspire little or no confidence in the victims. “The Fulani have lived in Southern Kaduna for over 200 years. How can they be calling them non-indigenes?” the governor was reported to have said on the Hausa edition of Voice of America. The Christian Association of Nigeria, Kaduna State chapter, believes “the posture of the government encourages the killings”. The leadership of the Southern Kaduna People’s and Union, SOKAPU, has no faith in the government. Such loss of confidence does not bother the governor, it appears, who says those preaching self-defence are guilty of hate speech and will be arrested. This, even as certain reports alleged security agents stood as people were hacked to death. There was the case of Pasokari village, where a village head and six others were invited for a “peace meeting” by men in military uniforms. They were brutally killed and nothing happened.

Nor has there been remarkable effort at remediation. “Government has not shown sufficient interest in bringing unprovoked attacks in Southern Kaduna to an end”, said Dr Solomon Musa, SOKAPU leader. Unless recently, only one IDP camp caters to the massive humanitarian crisis in Southern Kaduna. Children are out of school; people are displaced from work; hunger bites. Yet in all these, the state government is more interested in siting a grazing reserve in Southern Kaduna. Why not in Northern Kaduna–why propose to grab the land of the violated to appease the violator? Why does the humanitarian predicament of hunger, death, and displacement not earn priority? Why does prosecuting the murderers not reach the gravitas it deserves?

On sectionalism, the governor may have his defense: that he has been equally repressive to specific Muslim interests and rights. In other words it has been a democratic intolerance. There is the Shiite killings and more to his credit, there is the proscription of the Islamic Movement of Nigeria, IMN, even though his detractors might insist he share that credit with the commission of inquiry that recommended that proscription. The locals detest the IMN, whose members allegedly do not allow the police and army into their  neighbourhoods, who are also accused of traffic obstruction and harassment of motorists. But the Muslim Rights Concern, MURIC, among some other commentators, accuses the government of anti-Shia bias, of giving a dog a bad name to hang it. The IMN has not been found guilty of any treasonable offense, hence its repression might be political in line with governor el-Rufai’s perceived allergy to tolerance.

One must admit: governance, especially in a volatile state like Kaduna, may sometimes warrant some form of state censorship. Reuben Buhari, for instance, was being harassed for sharing images that “could incite public anger” and cause reprisals. From the regulation of public preaching to the proscription of the IMN, the sentiment of necessary censorship by government seems like apparent motivation. But a government should not be so paranoid of expression as to become desperate for silence–if not for yesmanship.

“The governor does not want to be criticized, even though he enjoys criticizing people”, said Mordecai Ibrahim, Kaduna-based journalist and publisher, a view echoed by Saxone Akahaine and Israel Isue, journalists in the state. Reports say some journalists who published “anti-government stories” were abruptly transferred away from their duty posts. Others maintain a squeamish silence having been cowed by this climate of civic unease. Even civil servants have allegedly not been spared in this calculated raid on dissent.

Meanwhile, the state government denies all these charges. Either there is a conspiracy for false witness against the government by the Kaduna civil society or the denials are misleading.

For several reasons, the NGO’s report is unsettling. “The civic space in Kaduna…oscillates between repression and obstruction”, reads the report. El-Rufai is one of the symbolic faces of the current administration with respect to his closeness to the presidency  and thus, his actions against freedom of speech and minority concerns come at a high cost. The impunity of Fulani violence across the country finds imprimatur in government indulgences such as in Southern Kaduna. Failing to protect a people and yet threatening to punish them for self-defense are blatant acts of oppression. What is more, muzzling and harassing those who express such injustices is plain evil.

How did a popular beneficiary of media freedom and magnanimity reverse to such a crude muffler of speech?  Governor Nasir el-Rufai, yesterday’s critical automation, should reverse himself from desecrating the principle by which he rose to power.  In a polity lacking in constructive thought and erudite political engagement, the intellectual in government has a duty to elevate political conduct above the backwardness of civic muting. An intelligent leader in whom there is much expectation especially among the Nigerian young, the governor should live up to his bidding and review an approach that unites civil society groups in his condemnation.