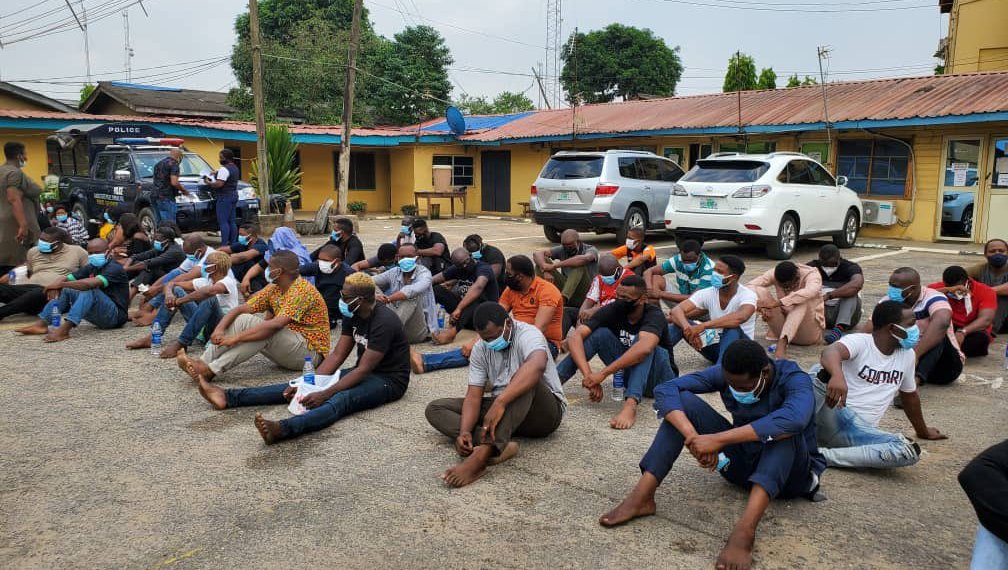 The police in Lagos have paraded 237 people allegedly arrested in nightclubs in the state in the early hours of Saturday.

PREMIUM TIMES reported how the Lagos police commissioner, Hakeem Odumosu, led a raid of nightclubs in the state on Friday night, arresting many fun seekers.
Clubbing has been suspended in the state as Lagos joins the rest of Nigeria to check the spread of COVID-19.

The suspension of nightclubs and bars was announced about a fortnight ago by both the federal and Lagos State government as part of efforts to check the spread of COVID-19.

The suspension did not, however, deter many fun seekers from attending clubs Friday night.

He said six other suspects were arrested for violating the federal government-imposed 12 midnight to 4 a.m. curfew in the state.

During the parade of the suspects on Saturday, Mr Odumosu said there is a high disregard for COVID-19 protocols and government laws in the state.