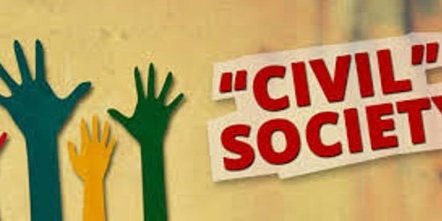 In June 2016, Honorable Umar Jubril Ibrahim, representing Lokoja/Kogi Federal Constituency of Kogi State in Nigeria’s House of Representatives, sponsored a bill to supervise, coordinate and monitor nongovernmental organizations (NGOs) and civil society organizations (CSOs) in Nigeria. Among other objectives, the bill, popularly known as the NGO Bill, seeks to “to regulate CSOs on matters relating to their funding, foreign affiliation and national security, and … to check any likelihood of CSOs being illegally sponsored against the interest of Nigeria.” The Bill has since passed second reading from where it was referred to the House Committee on Civil Society Organizations and Development Partners in August 2017. In consideration of the NGO Bill, the House Committee has now called for a public hearing scheduled to hold on December 13 &14, 2017.

Beginning from November 2016, SPACES FOR CHANGE conducted an indepth analysis of the NGO Bill, examining its implications for international development, civil society and charitable operations in Nigeria. The memorandum draws substantially from the organization’s rigorous research, monitoring and extensive advocacy around the legal restrictions to civic spaces in Nigeria. By submitting this memorandum to the House of Representatives’ Committee on Civil Society and Development Partners, SPACES FOR CHANGE indicates its intention to participate in the public hearing and to publicly present its position on the bill under consideration.

This memorandum outlines FIVE (5) key issues that are strongly recommended for review and reconsideration by the distinguished lawmakers. They are as follows:
1. The NGO Bill is inconsistent with the 1999 Nigerian Constitution and other national laws
2. The NGO Bill reproduces new rules and regulations already covered by existing legislations
3. The NGO Bill inverses government’s efforts to improve ease of doing business in Nigeria
4. The Bill tilts towards over-regulation of the non-profit sector
5. The NGO Bill holds enormous potential to undermine the independence of non-governmental bodies
6. S4C recommends the National Assembly to strengthen the investigative, prosecutorial and adjudicative capacities of existing regulatory bodies that exercise oversight over corporate entities