NGO DEMANDS PROBE INTO DEATH OF VICTIM OF DOMESTIC VIOLENCE 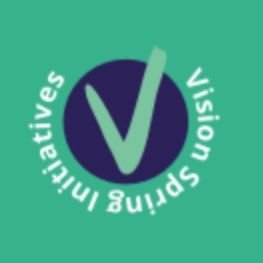 Vision Spring Initiatives, a women’s human rights organization working towards the advancement of gender equality and social justice in Nigeria and beyond, has expressed outrage over the death of one Princess (Mrs) Chinwendu Ndubuka, an alleged victim of domestic violence, calling for an enquiry into her demise.

According to a statement by Ngozi Nwosu-Juba of Vision Spring initiatives dated Tuesday, August 31, 2021, Princess Chinwendu Ndubuka, a mother of four, died in confounding circumstances which her family is said to be very eager to unravel. The deceased woman was said to report her husband’s alleged threat to her life in 2018. Vision Spring Initiatives, the NGO advocating for an investigation into her death, was also said to have reported the case to the Lagos State Domestic and Sexual Violence Response team; an arm of the Lagos State Ministry for Justice.

The agency however responded swiftly and took Princess Chinwendu Ndubuka and her four children and invited her husband, Mr Ndubuwa, who allegedly undertook to stop the physical violation and abuse of his wife.

Vision Spring initiatives however narrated that “Sometime in 2018, the said couple moved to Ogun state and from records of her conversation with her brother, Miracle Emmanuel Uzu, the beating of late Mrs Chinwendu by her husband continued, leading to the deceased reporting to a Human Rights organisation in Ogun state. On August 29, 2021, Vision Spring Initiatives received a message from Mr Miracle Emmanuel Uzu, stating that his sister, Chinwendu, had passed on.

“Following her death, her husband conducted a wake keep in Ogun state on August 19, without contacting members of the deceased’s family as is the culture of the Igbos. He also went ahead to return her corpse to the village in Umuahia through his senior brother Mr Ugochukwu Ndubuka. He thereafter made plans to bury her on August 28, 2021. Mr Miracle Emmanuel Uzu the deceased’s brother is alleging that his sister might have been tortured to her untimely death”.

Vision Spring initiatives therefore strongly condemn what the rights NGO describes as the actions taken by the husband over the death of Princess Chinwendu Ndubuka and therefore demand the following on behalf of the deceased family:

1) That all actions or preparations to bury the deceased Princess (Mrs) Chinwendu Ndubuka be suspended to enable the police to conduct a thorough investigation into the cause of her death.

2) That an autopsy which MUST be supervised by the family be undertaken to ascertain the cause of her death.

3) That the husband gives a comprehensive account of how his wife, Princess Chinwendu Ndubuka died, including the date of her death and why he held a wake-keep for her without informing her family members about her death.

4) That the deceased’s husband, Mr Ndubuka, who was detained on Thursday, August 26 and released on Friday, August 27, 2021, should be invited by the police for further questioning as a visit to the mortuary by the deceased’s mother on August 1 shows that Princess Chinwendu Ndubuka had multiple injuries and cuts. NNL.