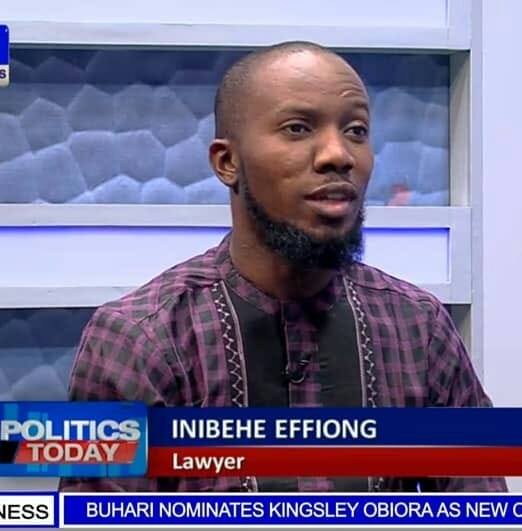 A follower on Twitter asked me on Saturday whether it is “constitutional” for the government to restrict religious and social gatherings because of coronavirus?

Section 14 (2)(b) of the Constitution states that “the security and welfare of the people shall be the primary purpose of government.”

However, I urge President Buhari to declare a state of emergency throughout the federation in line with Section 305 of the Constitution.

Section 305 (3)(d) of the Constitution, allows for a state of emergency when “there is clear & present danger of breakdown of public order and public safety in the federation or any part thereof requiring extraordinary measures to avert such danger.” COVID19 is a clear and present danger to public safety.

Unlike in the United States, States in Nigeria cannot declare emergency. A governor supported by 2/3 members of the House of Assembly can only request the president to do so for them as stated in Section 305 (4) of the Constitution. This is an example of the fraudulent nature of our federalism.

Since there is no special law to my knowledge, apart from laws establishing national and States emergency management agencies, to address public health crisis, it is necessary for the President to declare a state of emergency in Nigeria to address the outbreak of coronavirus.

In the absence of a law enabling these restrictions to social and religious gatherings, the legality of these measures is questionable. This is because fundamental rights cannot be derogated from except as prescribed in a law that is “reasonably justifiable in a democratic society.”

It is either a law is urgently enacted across the volatile States or the President invokes the state of emergency clause. As at today, there is no strong legal basis for restricting gatherings. None of the governors or the President has issued even an ordinary ‘Executive Order’.

In the United States for example where we copied our presidential system, President Trump declared a national emergency, and at least 48 States in the US have also declared emergency due to COVID19. The American Congress also passed the Families First Coronavirus Response Act.

In Nigeria, we are resorting to our usual militaristic way of doing things by relying on arbitrary executive fiat to tackle COVID19. Nations do not become great just by the “good intentions” of politicians. Nations become great principally by adhering to the rule of law.

In the light of the foregoing, I strongly urge the federal and state governments to urgently take steps to address the apparent legal loopholes in their efforts to tackle coronavirus. It is obvious that Nigeria is not prepared for an outbreak. We are doing trial and error.

We need a legal framework; not only to give legal backing to the restrictions on the fundamental rights of Nigerians to religion, association, assembly, movement, etc., but to also provide for reliefs for families and victims of COVID19.

We should not wait for the worst to happen.

I wish to draw the attention of the government to the decision of the Court of Appeal in the celebrated case of Okafor v. Lagos State Government (2017) 4 NWLR (Pt. 1556) 404 where it was held that disobeying the “order” or “directive” of a governor is not a criminal offence.

In that case, Lagos State issued an order restricting movement during environmental sanitation, Okafor was arrested for disobeying the order. The court declared the arrest illegal and unconstitutional since there was no law that criminalized violation of the governor’s order.

Without a law or a state of emergency, it is illegal to arrest anyone for violating a mere executive order. Emotions cannot change the law. If religious leaders whose places of worship have been closed decide to challenge the closure in court, the government will likely lose.

After publishing this article on social media, a learned colleague drew my attention to a law known as the Quarantine Act which provides for how the government can tackle the spread of infectious diseases in Nigeria. The Act empowers the government to take necessary measures to prevent the spread contagious diseases.

However, Section 4 of the said Quarantine Act expressly requires the President to make Regulations (subsidiary legislation) to give effect to the provisions of the Act. It is the Regulation that is supposed to prescribe specific preventive measures. President Buhari has not issued any Regulation on the coronavirus epidemic. Therefore, the Act cannot be cited to justify the restrictions already implemented by the government.

If the federal government cannot pass a law to tackle coronavirus, the President can begin by immediately issuing a Regulation pursuant to the Quarantine Act.

I hope the government at all levels will listen to the voice of reason and initiate appropriate legal frameworks to support the containment of COVID19. It is either we are a country of laws or a banana republic.

We should not yield to authoritarian rule because of expediency.