PRESS STATEMENT ON THE RELEASE OF AGBA JALINGO 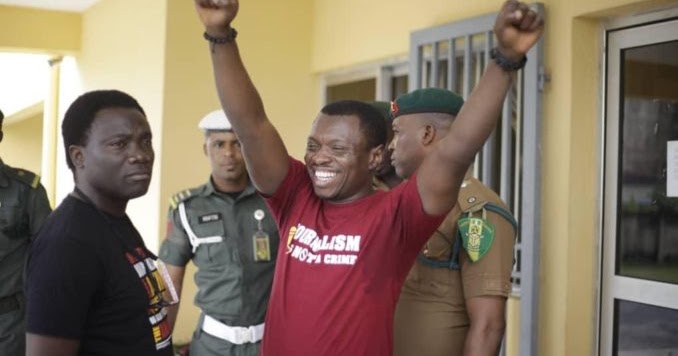 After 179 days of incarceration, a Federal High Court in Calabar has dismissed the terrorism, treasonable felony, and cybercrime charges against Agba Jalingo. For three years, Agba Jalingo, the publisher of an online newspaper, CrossRiverWatch has been a victim of the draconian measures targeted at civil society actors and the intolerance of state actors in Nigeria to dissent in the civic space.

As we join Agba Jalingo and the good people of Cross River and Nigeria at large to celebrate this symbolic victory, we must not fail to interrogate the strange sequence of circumstances that have led us to where we are today. The impropriety of arresting a journalist for doing his job, and not just so, charging him with terrorism, treasonable felony, and cybercrime without actionable evidence is something that should worry every well-meaning Nigerian. Are we all then, potential terrorists?

The Action Group on Free Civic Space congratulates Agba Jalingo on his long-overdue release and calls on the federal and state government actors to halt the clampdown on the civil liberties of citizens and end the repression of constitutionally guaranteed freedoms of Nigerians.