AGFCS Joint Statement on: #ENDSARS PROTESTS 2020: ONE YEAR AFTER 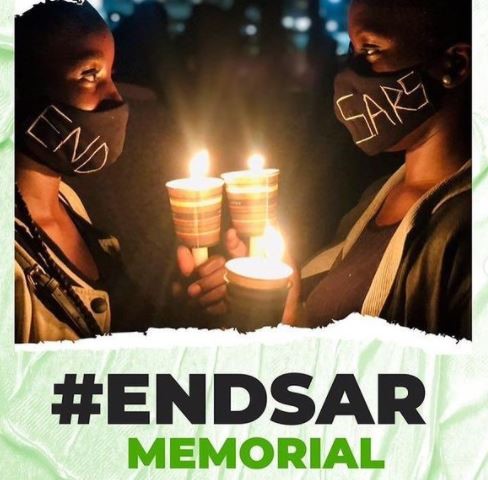 #ENDSARS PROTESTS 2020: ONE YEAR AFTER

The Action Group on Free Civic Space (AGFCS) once again condemns in very strong terms the brutal attacks launched on thousands of unarmed young protestors demonstrating against police brutality during the October 2020 #ENDSARS protests, particularly at the Lekki Tollgate Plaza in Lagos on the dreadful night of October 20, 2020. Indeed, forensic experts engaged at the Lagos State Judicial Panel of Inquiry on Police Brutality have confirmed that live military-grade bullets were fired at protestors and the cartridge casing obtained from the Lekki Tollgate are of the same caliber as the Nigerian Army’s live ammunition. What is most worrying is that one year later, despite overwhelming evidence gathered from earlier on-ground investigations, video footage, eyewitness testimonies, hospital reports, and most recently forensic reports that Nigerian security forces opened fire on protestors, no one has been held accountable. We hereby demand the immediate arrest and speedy prosecution of every person responsible for perpetrating the horrid crime of police brutality in Nigeria and most importantly, the murderous attacks of October 20, 2020, now referred to as the Lekki Tollgate Massacre…

15. CENTRE FOR ADVANCEMENT OF DEVELOPMENT RIGHTS