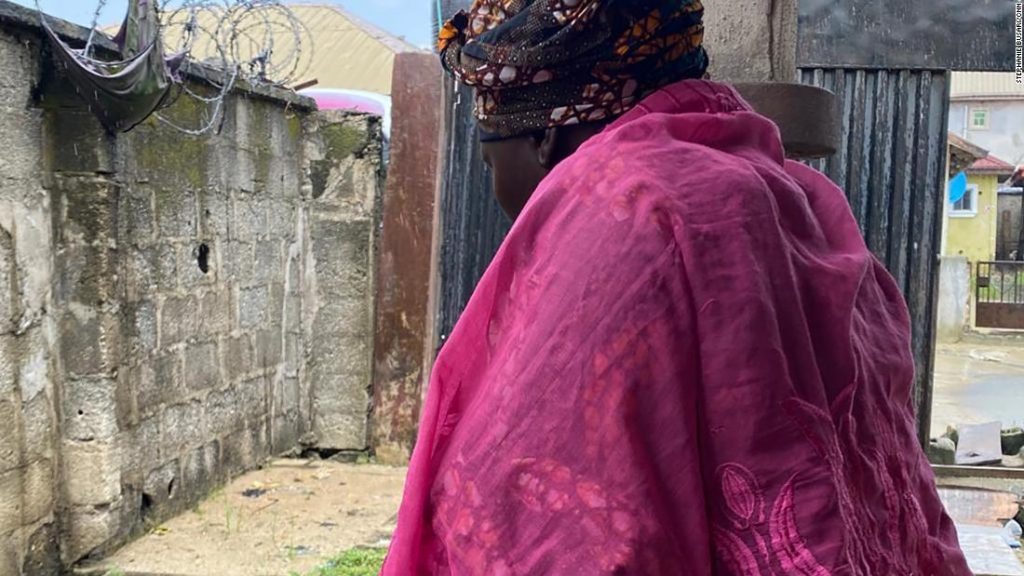 ‘He died in my arms.’ Twelve months on, a mother’s agonizing wait to find out why her son died at Lekki toll gate

Lagos, Nigeria (CNN)When Adesola heard about the shooting at the Lekki toll gate in Lagos on October 20, 2020, she immediately thought of her son who had earlier left home to join the hundreds of young people protesting against police brutality at the site.

In a blind panic, she called his phone, but there was no answer. She immediately hailed a passing motorcycle taxi, known locally as an Okada, and raced to the scene.
But nothing could have prepared her for the harrowing scenes she witnessed when she got there, she said.
“While I was looking for my son… I saw people running and someone was in the gutter and had an iron bar in his eye. The person was already dead,” she recalled.

One year on from the shooting by security forces that quashed Nigeria’s fledgling youth protest movement, known as #EndSARS, Adesola (not her real name) is speaking to CNN on the condition of anonymity, for fear of recriminations.
We have also withheld her son’s name at her request.
“We got there around 5 or 6 am,” she said in her first sit-down interview. “We saw a lot of people. There was a child holding a Nigerian flag lying dead, there was a bullet wound on the side of his body.
“He was a small boy and there were a lot of people there,” she told CNN from a makeshift wooden structure where she ekes out a living selling cold beverages.
‘He died in my arms
As Adesola surveyed the scenes of chaos and stepped over the hastily discarded belongings of panicked protesters, she spotted a familiar figure lying in a pool of blood on the ground, wearing just one shoe.
“When I saw my son, I shouted and held him… The blood was too much, there was a bullet wound on his chest. His clothes were torn and the bullet had come out of his back,” she said, weeping as she recounted the painful moment.
Despite his injuries, she discovered her son was still alive.
“I saw other people carrying their relatives, so I tried to carry him because he was still breathing at that moment. I called for help and people came to help me put him in a vehicle,” she said.
“He was looking at us while we were carrying him. He was just screaming ‘ah, ah,’ in pain.”
They tried desperately to revive him in the car, but he didn’t make it, she told CNN.
“He died in my arms,” Adesola said. “I was shouting and I couldn’t keep calm.”
Her son was buried almost immediately in line with Muslim burial rites.
He was 32 and left behind two children, 14 and nine, who had also lost their mother in undisclosed circumstances a few years earlier.