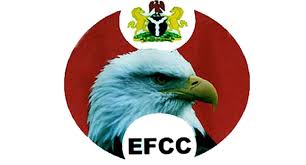 Magu made this declaration at a one day zonal workshop for the sensitisation of Non Profit Organisations, NPO on compliance with the Nigerian Anti Money Laundering/Counter Financing of Terrorism, AML/CFT regime, organised by the EFCC in collaboration with Space for Change, held at Rockview Hotel, Abuja.

The workshop was themed: “Effective Implementation and Regulations of AML/CFT within the NPO Sector.”

Magu who was represented by Director, Special Control Unit against Money Laundering, SCUML, of the EFCC, Francis Usani noted that “As a result of lack of adequate supervision and regulation of NPOs and by extension DNFIs, criminals have now turned their focus on the DNFIs sector to perpetrate money laundering and terrorism financing.”

While noting the vulnerability of DFNI institutions in both developed and developing economies of the world to the scourge of  money laundering and terrorism financing, Magu noted that money laundering and terrorism financing will continue to thrive, especially with criminals continuously discovering new methods of exploiting the vulnerability of DFNI institutions and the legal systems.

According to him, “The DNFIs have been identified as the most vulnerable sector in money laundering and terrorism financing because criminals no longer use the conventional financial systems like banks to launder their ill-gotten wealth.”

While hoping for appropriate actions that would be effective against criminals’ exploitation of the DNFIs, he urged the Non Profit Organisations, NPOs, to be conscious of their obligations and responsibilities under the Nigerian AML/CFT regime and develop a culture of compliance with AML/CFT measures.

Magu who commended the NPOs on their efforts at complementing the efforts of the government, said “SCUML understands the importance of NPOs in the Nigerian project, the good work you do to support government in its programmes and your reach in the society.” He added that partnership and cooperation with NPOs was key to winning the fight against money laundering and terrorist financing.

The EFCC boss further informed the NPOs of the upcoming “Second Round Mutual Evaluation of Nigeria” by Inter Governmental Action Group against Money Laundering in West Africa, GIABA and charged the NPOs not to be the weak link in the evaluation process as such will affect the positive evaluation of the country.

Hadiza Gamawa, Head, External Cooperation of the EFCC, while making a presentation on “Nigerian national money laundering/terrorist financing risk assessment process, findings and action plan,” noted that national risk assessment helps to identify weaknesses and gaps within the system and also find ways to address and plug them.

She added that the significance of the risk assessment was for Nigeria not to be blacklisted again as such will drive away foreign investors, noting further that a positive assessment will greatly assist Nigeria’s application for membership of the FATF.

Gamawa regretted that DNFIs ranked highest in vulnerability to money laundering in the 2016 risk assessment with a miserable score of 0.77.

Executive Director, Space for Change, Victoria Ibezim Ohaeri, while delivering her goodwill message posited that Non Profit Organisations believe that compliance to money laundering/terrorism financing was important to their work, and “to the entire sector and for the betterment of the country.”

Stating the importance of CSOs, she said, “Civil Society Organisations are a major ally of the government in the fight against money laundering and terrorism financing. We are willing to cooperate, comply, engage and at the same time we are also concerned about the space which we operate, in ensuring that due compliance is done without adding additional burden in the work we do.”

Ibinabo Mary Amachree, Head Information and Data Management of SCUML while doing an overview of the relevant standards on AML/CFT as it relates to NPOs, called for proper supervision as lapses can aid terrorist organisations who pose as legitimate entities.