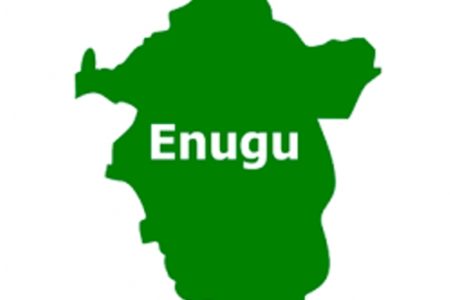 The press briefing and one-year ENDSARS2020 memorial anniversary symposium organised by members of the Action Group on Free Civic Space (AGFCS) in Enugu State was scheduled to hold on October 20, 2021. The date perfectly tallied with the proposed plans of the AGFCS to replicate the same event in four other states in Nigeria namely; Lagos, Rivers, Abia States and FCT, Abuja.

Comrade Emmanuel Acha who doubles as the South East Regional Coordinator of the AGFCS and Chair of Enugu State Network of Civil Society Organisations (ENSNET) set out to organise the memorial event in Enugu state as well as take the opportunity of the programme to present findings from The Security Playbook (a-soon-to-be-released research study of the AGFCS) to an expected audience at the event comprising of civil society practitioners, journalists, community members, members of the Enugu State Judicial Panel of Inquiry on Police Brutality.

Expected media organisations at the event had included:

Even though all plans for the event were perfected as of Tuesday, October 19, 2021, the Event did not go as planned due to the interference of the Nigeria Police Force, Enugu State Command.  It’s important to note here that before the interference of the police, the Centre for Memories, Enugu State had offered the AGFCS a space in its premises for the memorial event. Publicity for the event was broadcast via different social media and news platforms. Official invitations were communicated to special guests, media practitioners, civil society organisations, and community members. Resource materials like banner, press statements, agenda, projector and refreshment services were contracted and every other arrangement for the event concluded.

Comrade Emmanuel Acha sensed a premonition of the repression of the event when he received a call from the Police Public Relations Officer (PPRO), ASP, Daniel Ndukwe, on the eve of the programme day. During the call, the PPRO tried to convince him to shelve the event because it could be hijacked by hoodlums. However, Comrade Acha reassured him that the event was billed to hold at a secure location and posed no threat to national security or public safety.

Despite Comrade Acha’ reassurances to the PPRO, The Director at the Centre for Memories, Mr. Iheanyi Igboko, called Mr. Acha on the morning of the programme day to inform him of the order from the Centre for Memories’ Board of Directors to halt the execution of the programme at the venue. While still dealing with the destabilizing call, the Enugu State police soon appeared at the venue disrupting final preparations for the event and dismissing participants who had gathered to attend the symposium. To further intimidate citizens, the police invited Mr. Iheanyi to the State Command for questioning and profiling. When Comrade Emmanuel Acha put a call across to the Enugu State PPRO to inform him of the development, the PPRO expressed ignorance on the situation of affairs and illegal actions of the Enugu State Command police operatives.

After the organizers received the sad communication from the Centre’s director, they made frantic efforts to secure an alternative venue but all efforts proved abortive as it appeared that there was a consensus among security agencies in Enugu state to stop any form of EndSARS memorial protests/anniversary events from taking place in the state. Besides, a climate of fear had already been established in the state with citizens feeling scared to gather following the stoppage of the AGFCS memorial event and fierce-looking security operatives who had barricaded the location with armored tanks.

Despite, the militating challenges, Comrade Acha on behalf of the AGFCS hosted an online press briefing wherein he condemned the actions of the police and briefed the press on other matters surrounding the memorial anniversary of the #ENDSARS2020 in Enugu State.