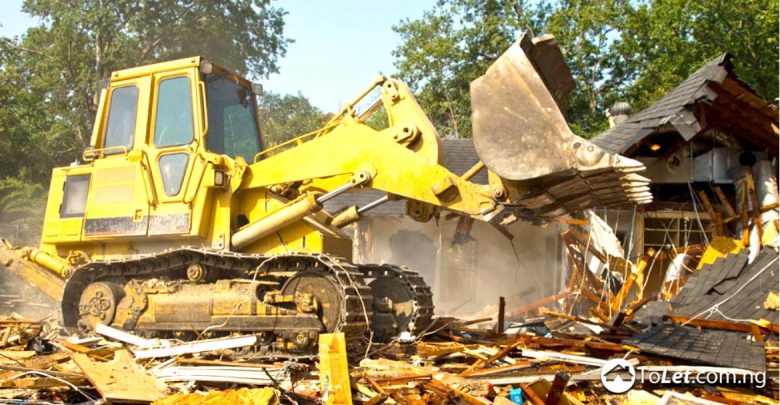 Officials of the Lagos State Environmental Tasks Force accompanied by policemen and persons suspected to be thugs have burnt down a community whose residents witnessed the October 20 shooting of peaceful #ENDSARS protesters by soldiers at the Lekki Tollgate.

PREMIUM TIMES sourced some of its witnesses from the community for its groundbreaking investigation into the shooting, which revealed that soldiers and policemen shot directly at the protesters, killing some and injuring several others.

After originally claiming that soldiers deployed to the tollgate to disperse protesters were given only blank rounds and that “they merely shot in the air”, the army later admitted that the troops carried both live rounds and blank bullets.

Ahmed Taiwo, a major general, who represented the army at a judicial panel investigating the #ENDSARS shooting, argued that the soldiers carried live rounds “because hoodlums had infiltrated the protest”.

Residents of the community also accused the divisional police officer of the nearby Maroko Police Division, Raji Ganiyu, of shooting and killing some of the protesters. Mr. Ganiyu denied the allegation.

Residents of the community who spoke to PREMIUM TIMES said policemen and some officials of the environmental task force, arrived at the community on Tuesday and told them to vacate their residences within 24 hours.

The residents, who asked not to be named for fear of being arrested by the authorities, said they were still trying to gather their belongings on Wednesday morning when a contingent of taskforce officials, mobile policemen and “persons that looked like thugs” arrived and immediately started pulling down structures in the community.