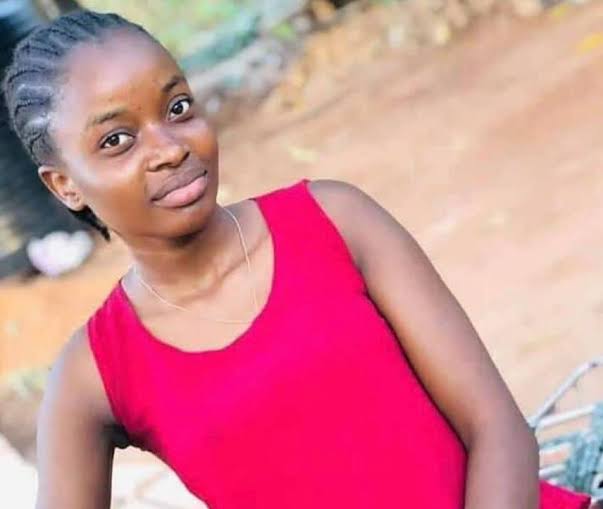 Awka – A human rights group, the Rule of Law and Accountability Advocacy Centre, RULAAC has blasted the Nigeria Police Force for Sunday’s statement where it claimed 22-year old girl, Gloria Okolie, spied on the Nigerian security agencies for the Indigenous People of Biafra, IPOB.

The statement went further to allege how Miss Okolie played a role in the coordinated attacks on security formations and agencies in the southeast as well as on national infrastructure in the region.

But while speaking to the TNC correspondent on Monday, the Executive Director of RULAAC, Okechukwu Nwanguma said the police statement came to him as a shock.

According to him, the statement sounded like an afterthought and a desperate but feeble attempt at damage control, with the likelihood of doing further damage to the already battered image of the Nigeria Police than the possibility of redeeming it.

He revealed that the young girl referred to in the Press Release as ‘militants’ spy girl’, is the same 22- year-old Gloria Okolie whose case has been trending on social media for the past 2 days.

“She was reportedly arrested and kept in secret custody by the notorious Intelligence Response Team (IRT) Tiger Base, Owerri, Imo State for the past 70 days and her parents did not know her whereabouts until one Izuchukwu Okeke, who was also held in custody by the IRT for about 6 weeks and later released went to inform her parents that she was being detained at the IRT where she was turned to a slave.

“It was also revealed that the IRT operatives denied Gloria’s parents access to her when they came to see her and had continued to extort money from them on false promises to release her.

“They eventually transferred her to the Abuja office of the IRT after several visits by her parents and her lawyer who were denied access,” he alleged.

Nwanguma further alleged that the police held Gloria in secret detention for several weeks without contacting her parents to let them know her whereabouts and the reason for detaining her, as required by the Police Act 2020.

“This makes the detention unlawful. The police also did not facilitate her access to legal representation as required by the Police Act 2020.

“It was not until someone released from the IRT custody revealed to Gloria’s parents that Gloria was in IRT custody and public attention drawn to her unlawful detention and enslavement did the police now resort to the face-saving stratagem of issuing a press release, purporting that Gloria is a ‘Militant’s Spy Girl’ a likely attempt to incriminate her and justify their illegal and unconstitutional actions,” he said.

According to the rights activist, “assuming without conceding that Gloria is what the Police now claim she is, why did they not contact her parents upon her arrest?

“Why did they not facilitate for her access to legal representation which she is legally entitled to?

“Why was she not charged to court and evidence tendered to prosecute her?

“Why did the police rearrest the young man who revealed to Gloria’s parents that she was in IRT custody?

“Where is the young man?

“Why was the Police intent on keeping the young girl’s detention secret?” he queried.

He continued; “70 days after she’s been held in custody, police claim that investigation is being concluded to enable the police to arraign her in court for prosecution.

“This is a sheer afterthought and an attempt to cover dirty tracks and deceive Nigerians.

“The police should not destroy the life and future of the young girl just to save face.

“But why should we believe the police this time?

“The same IRT claimed hours after the killing of Gukak that they had neutralised the suspects who killed him. Not a single of the alleged killers was arrested to enable police to get useful information from the supposed gang about others who may be involved in the murder. Nothing more has been heard of that tragic murder till date.”

Nwanguma regretted that the Police, especially in Imo State have put themselves in a position where nobody believes anything they say.

In his words, even the media no longer trust the statements they issue about arrested persons, as most journalists are now careful about depending on their report as a valid account of any incident.